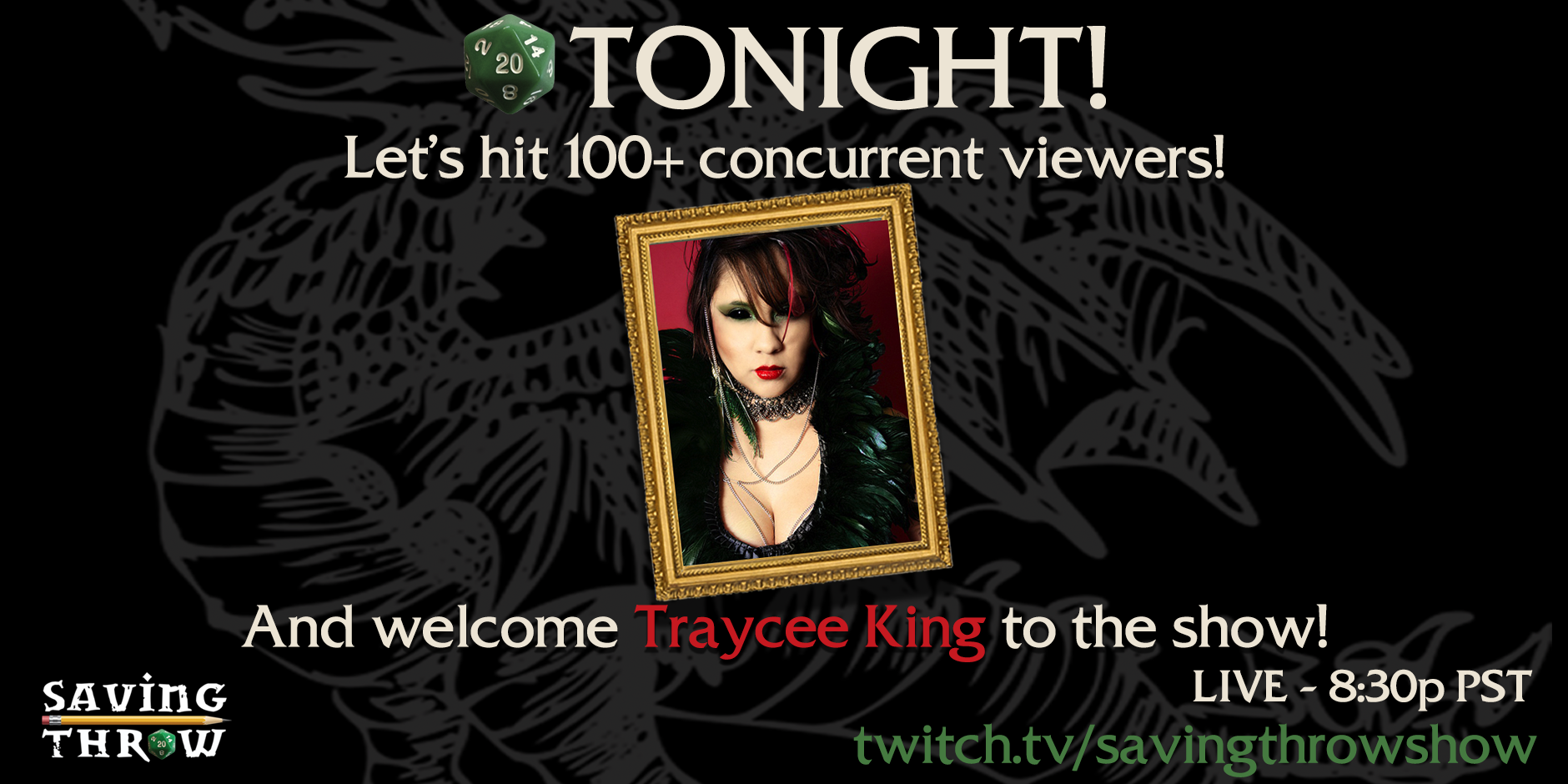 Tonight! Traycee King, who has played in a number of one-offs with the Saving Throw crew (most notably during our first 24-hour stream) joins Barky’s Brigade for the first of four episodes before the season finale! What’s going to happen to Aatuska? Will Shawnovan, Donovan’s dastardly brother, return? Will the party shut down the portal in time? Will Traycee, or anyone, even make it to Season 3??

Join us tonight, and tell your friends! We’re trying to get to 100+ concurrent viewers, which means 100+ people watching the stream at the same time. We can do it! Swing on by and say hello to Traycee and get your game on with the team at Saving Throw – including an all-new Bardic Song by Amy Vorpahl!

And don’t forget, we’re one of the only live RPG shows where YOU can affect the game. You earn XP just by watching, and you can spend that XP to help or hurt the party. Or, if you want things to happen a bit faster, you can always donate to our tip jar!

8:30p PST only on twitch.tv/savingthrowshow (with special pre-funk for Patreon backers starting at 7:30p!) 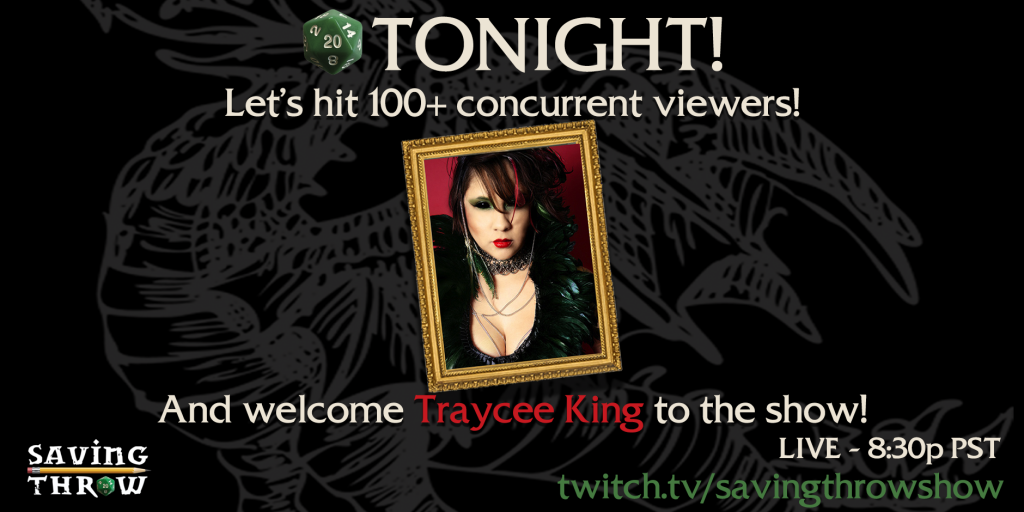