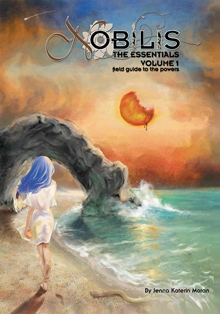 Throwing (Out) the Bones: The Argument for Diceless RPGs

Let’s start with something that’s a little bit country, a little bit rock’n’roll, and a lot-a-bit disclaimer: I’m not here to say that any one game or system of style of play is goodfun or badwrongfun. If you’re having fun, and the people sitting at the table with you are having fun, then you’re doing it right, even (and sometimes especially) if you’re playing the game “wrong” by someone’s arbitrary definition.

Especially if that someone is someone anonymous on the internet.

I’ve met these people before. I’ve looked deeply and unblinkingly into their eyes. I’ve stared at them until they’ve had to shed their stolen human shape and resume their former lives as wriggling mounds of sentient Jello, and the point is this: No one worth listening to can tell you you’re playing wrong if you and your group are having a good time.

You sensed that but coming, didn’t you? Buts exert a terrible gravitational force, and so it’s clear enough when you’re rushing headlong into one.

But, I say, if you’ve never tried playing a diceless game? If the idea itself just raises your hackles and you recoil like a vampire being bludgeoned with stale garlic bread shaped into a crucifix? If you’re just not sure what good a diceless game can even be?

Give me five minutes. Let’s look at some of, at least in my opinion, the coolest games on display today–none of which feature a single polyhedron.

I think I’d be remiss if I started anywhere but Amber, but I’m going to do it anyway, because while Amber might have been the forerunner of countless diceless roleplaying games, there are few with as formidable a reputation (both good and ill) as Nobilis. Authored by mad genius Jenna Moran (formerly Rebecca Borgstrom), Nobilis has a palpable aura, and tends to evoke strong reactions in people who’ve read it expecting something more conventional. The game itself casts players as the titular Nobilis–demigods and “Powers” who reign over an Estate, a fundamental aspect of reality. Most of a Noble’s powers are centered around strategically spending Miracle Points and leveraging their four Attributes to enact miracles through their Estate–and Estates themselves can run a terrifyingly wide gamut. I’ve personally played Powers who ruled over Candy, Colors, Good Manners, Creativity… and played alongside the demigods of Secrets, Halloween, and The Bad Side of Town. That all of these are mechanically equal speaks to the heart of how Nobilis resolves conflicts: a two-pronged combination of blind bidding (sure, you can keep countering your opponent, but it’ll cost you) and semantic arguments (sure, you can keep countering your opponent–but how are you making that happen with Candy, again?).

If that sounds like the worst game you’ve ever played… well, it can be (any game CAN be, if it doesn’t fit your group). But diceless games often ask us to step back and ask why we associate rolling dice with having fun, anyway. In the world of Nobilis, nothing but the censure and opposition of your peers can really stop you from doing what you want–you’re stepping out of character creation as an equal to Neil Gaiman’s Endless, or the Olympian gods, Discworld’s Death, or The Doctor. The game doesn’t care much about fine-tuning the challenge of mundane actions, but it does care about how far you’ll go and how much you’ll risk to get what you want… even when a whole bunch of your fellow Powers (or worse, monstrous Excrucians from beyond the world) think you shouldn’t have it.

Nobilis, at its best, is a game about taking grand actions and learning to live with the consequences of the same. If you can grok that semantics are the heart of the game–a constant tug-of-war negotiation between you, the other players, and the Hollyhock God about what your Estate really means–then you’re halfway to the right mindset already.

If you’re feeling particularly adventurous, the good Dr. Moran has recently released the even more wildly heterodox Chuubo’s Marvelous Wish-Granting Engine, a game that pushes and parcels the basic Nobilis engine in order to run games that can pivot from the gentle grasslands of a Miyazaki coming-of-age tale to giant robots fighting terrible ocean monsters, probably in the same setting. It’s marvelous and strange and inspiring, but it’s probably not the best entry point into the world of diceless play.

The Clay That Woke 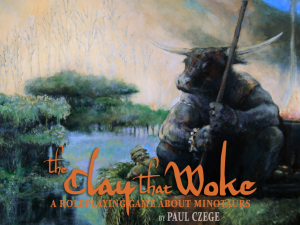 A recent game with quite a bit of indie-hype surrounding it, Paul Czege’s The Clay That Woke is a game about stoic minotaurs trying to eke out a living in ruinous world with strong influences from the swords and sorcery genre. The game’s fiction and rules are interwoven tightly but distinctly–sample fiction tends to pivot satisfyingly into the game’s concrete rules. The setting itself is glimpsed in these vignettes, not so much seen as felt, but the effect is overall inspiring and invigorating, helping both players and GMs to understand more than how the game plays–they define what the game is about.

And for those just coming from the World of Dice, The Clay That Woke offers some more conventional methods for resolving conflicts: Players receive a number of wooden tokens representing their Courage, their Brains, their Name–everything from their heroic spirit to magical abilities to their place in society. When a scene moves to its apex, the GM adds a few tokens of their own to a large wooden bowl (very specifically a large wooden bowl for the acoustic experience of shaking the bowl to let the players get an idea of how many tokens have secretly been added, representing the magnitude of their challenge), then the players wager their safety and life by adding their own tokens. There’s a good shake to mix things up, and four tokens are drawn blind, with different combinations being compared to a chart to determine the ultimate outcome of the events.

It’s the sort of thing that sounds counter-intuitive until actually experienced in play; the so-called Krater of Lots (which, you have to admit, drips style) is one of those rare times when a physical prop moves beyond gimmick. It’s easy enough for a player to understand that if they put in the token representing their very life that it’s a calculated risk–if drawn back out, the token offers powerful successes, but if not? Well, death is on the table, whenever it’s appropriate.

It’s a game that’s tactile as much as (or more, really) tactical; the experience of play helps to naturally form and frame stories where the heroes struggle to live in the margins of the human world, burdened with a sometimes uncontrollable rage and plagued by strange, supernatural forces.

If you’re interested in following this game, there’s a loose and continuous conversation on G+ using the hashtag #ClayTalk. 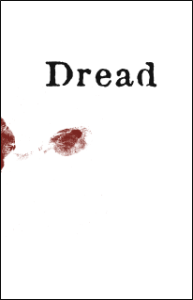 And then there’s Dread, an idea so simple that (like many ideas both simple and good), it seems almost insulting that no one else thought of it beforehand. Dread is a horror game, best played with players invested in horror regardless of its exact flavor–the game’s pretty accommodating to serial killers and Cthulhoid horrors because it revolves around, of all things, a Jenga tower.

To take an action, you pull blocks–the harder the action, the more blocks you have to pull. The nature of Jenga (and physics) conspires to create tension–the more actions you take, the more unstable the tower becomes, and so the GM has a natural prompt to move the story toward greater stakes. If the tower tumbles, you’re taken out, usually in gruesome fashion; if you choose, instead, to topple the tower purposefully, you get one last success and head out in a blaze of glory.

There’s some logistical issues here, of course–between player deaths, someone in the group is probably going to get very good at rebuilding Jenga towers. The rules aren’t deep, but they’re intuitive and suspenseful, and can make for a perfect one-shot game (especially around Halloween) to introduce the uninitiated to role-playing in a way that doesn’t involve wrangling modifiers.

Beyond these three games–all diceless, and all finding very different ways to resolve conflict–there’s a world of other options waiting to be explored. Players looking for a diceless game inspired by anime and focused on collaboration and shared authorship would do well to check out the relatively obscure (but charmingly unique) Mythic Empyrean; those looking to get back to the roots of diceless games (or fans of Roger Zelazny) might get a kick out of great-granddaddy Amber Diceless Roleplaying or its spiritual successor, Lords of Gossamer and Shadow. And if you’re just looking for something simple, whimsical, and non-violent, the recently translated Golden Sky Stories offers players the opportunity to take on the role of innocent shape-changers making mischief and magic in the idyllic countryside. And then there’s Do! Pilgrims of the Flying Temple, and…

…the point is that while we collapse all these games into one category called “diceless,” that doesn’t really express how different they are, not just from traditional role-playing games but even from one another. Stepping away from the dice doesn’t mean losing everything you know or love–it just means one more tool in your toolbox, one more framework for thinking about what works best in your games and at your table.

You tell us: What diceless games have you played? What do you like about them? Or maybe you have further questions? Let us know in the comments below!

Next
Tell Us Your Dice Stories