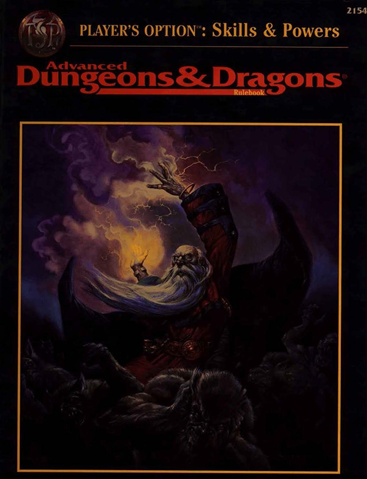 Choosing skills is one of the most time-consuming but rewarding challenges when building characters. It’s easy to get flustered if you’re unfamiliar with the system, or the skills being offered. And worry creeps in that you’re not giving your character the best options to explore the world. But how exactly do you choose the “right” skills? We give you a few methods to try in this edition of “System Neutral.”

Skills are what your character knows from the outset and can generally be enhanced or added throughout gameplay.

Skill selection generally comes later in the character creation process, after you’ve rolled up your ability scores, chosen a profession/class, and a race. Those three things will generally give you a direction for your character’s path and often, depending on the system, you’ll also get some free skills out of the deal. Skills are generally tied to abilities, so something like walking a tightrope is tied to an agility or dexterity score, lifting a heavy rock is tied to strength or brawn, etc.

With that quick and dirty description out of the way, just how can you easily choose skills that will make a difference in your gameplay?

Option 1: Choose skills that bolster or benefit from your natural abilities.

Take whatever “free” starting skills you may have based on your chosen career/class/race, etc. and pick skills that augment these. Along those lines you can also find skills that may benefit from your starting ability scores. It’s like in high school the bigger, stronger kids generally became football players. Choosing skills that already have free points invested in them is a quick way to master those abilities and become the expert for your party.

ex. Take Zorkk, a Trandoshan Smuggler created using Fantasy Flight Games’ Edge of the Empire RPG system. As a Trandoshan she starts off with one rank in the Perception skill. Perception is also a Smuggler career skill meaning Zorkk can choose to add a rank in it as one of her freebies. That’s two free ranks in a valuable skill!

CAVEAT: Some game systems, like Call of Cthulhu for instance, don’t offer any bonuses to skills based on abilities or career.

Option 2: Choose skills that fill in gaps left open from your natural abilities.

Let’s look at the previous option: it builds on your character’s strengths and aims to amplify those strengths through skills. But what about areas where your character may be lacking? Choosing skills to supplement areas where you might have weaknesses isn’t a terrible idea. This option is best suited to utility roles in the party aka PCs who need to be flexible to fill in gaps left by more specific characters.

ex. You want to build a Batman-styled character in the Mutants & Masterminds game system from Green Ronin, but you want him to focus more on his detective skills than just being a fight boss. So while physically he may be in top form, you’ll want to add some skills like Investigate, Notice and Sense Motive.

CAVEAT: The downside to this option is that your skills will not be as potent as someone who has inherent bonuses. It’s not wise to spend too many points in skills you may not be using a lot, at the risk of not developing your strengths. Making a barbarian a wizard is an admirable goal, but runs the risk of becoming a jack of all trades, master of none.

Option 3: Choose skills based on what you know personally.

There are many game systems that utilize skills which are rooted more in real-life than those found in fantasy role-playing games. Things like Accounting, Credit Rating, and Photography are among the selection available. This helps if you’re in a role-playing centric campaign as you know how that skill works in the real world and you can more easily describe your methods and perhaps incur bonuses. It makes for a very deep RP experience.

ex. Steve Rainier is an average investigator in a Call of Cthulhu campaign and I’m the player running him. I don’t have any detective skills of my own exactly, but I’ve always wanted to become one! So I tally up what skills I do have: Library Use, Drive Automobile, Photography, Swim and maybe if I stretch some Mechanical Repair and Archaeology based off some college courses.

CAVEAT: The downside, of course, is for skills which you’d have no way of having any practical experience in. Like, say, appraising, the occult, or using a magical device. Or reading Orcish. Or… swimming. This can make for fun gameplay but could severely limit your abilities in some settings.

Option 4: Choose skills based on the role you need to fill within the party.

If you’re a healer, you have an obligation to know skills which assist your healing ability. If you’re a thief you should know how to disarm traps and sneak. If you’re an archaeologist you should know something about archaeology. There are roles within a party and expectations of your character. Many times in character creation your fellow players may make suggestions based off of gaps in their skill-set that you might be able to fulfill.

It makes sense from a role-playing perspective that your character knows these skills and is a relative expert at performing them. All the same this method can sometimes lead to players feeling like they’re merely filling a role and not contributing an actual character. If you can find a balance, do!

Option 5: Choose skills based on the character direction you want to go in.

Bottom line is it all depends on how you want to role-play your character. This option is your wide-open, do whatever the hell you want, play the damn game option. You want to play the toughened survivalist; choose skills that boost your survival and resilience. How about a nebbish doctor-type; choose schooling in that specialty and emphasize your brain power over your brawn.

The great thing about RPGs is you can practically do anything you want. While the above options are mere guidelines so you don’t have a bad time, you can choose anything your heart desires. My girlfriend has a barbarian named Cranberries who is an utter badass, but he also carries around a mandolin which he has no idea how to play. She didn’t want her character to actually KNOW how to play it, she just wanted him to have it because he cherished it. That’s character work people.

What methods do you use to pick skills? What are some of your favorite skills from various game systems? Knowledge: Dungeoneering from Pathfinder is mine! Tell us about them in the comments below, or head to our Facebook or Twitter channels and give us an ear-full there!

I pick skills based on how fun they sound to play (in conjunction with this character). Then again, that’s how I choose skills in real life. I learn things that sound fun to do.