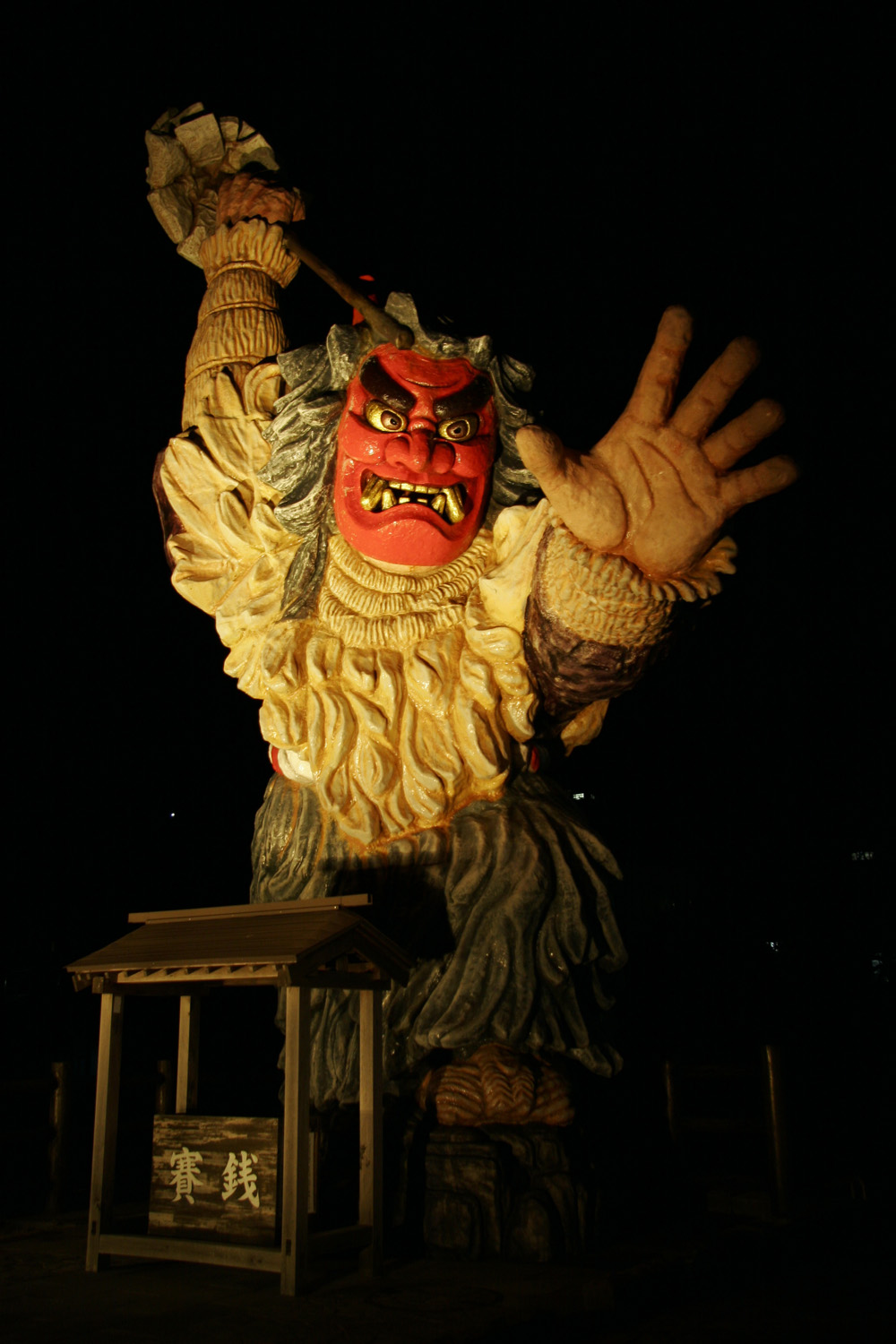 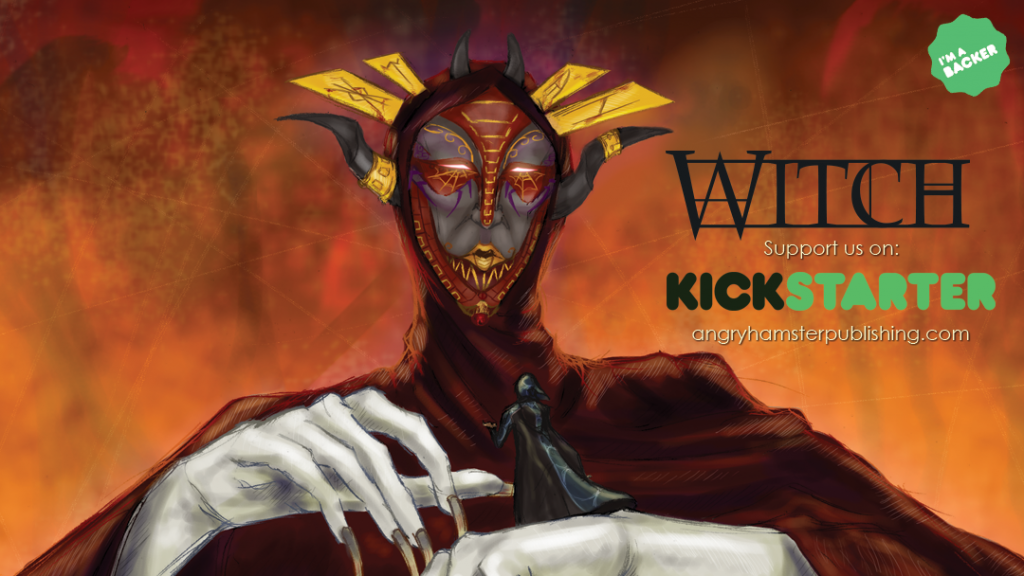 As you may remember, I am something of a Kickstarter fiend—and if I didn’t make it perilously clear in the previous article, I think that crowdfunding, on the whole, has been a tremendous blessing to the tabletop industry. What you might not know is that I’m also a fiend for magic systems—they’re my favorite little fiddly bits in the whole world of RPGs. Given that, it’s not a surprise that I found myself gravitating towards WITCH, now entering the last few days of its Kickstarter campaign fully-funded and heading towards some exciting stretch goals.

When I first looked at WITCH, my impression was: Dungeons & Dragons does the World of Darkness, with a bit of Buffy for good measure. I don’t like quick pitches like this, because they reduce a game—a big, undulating ball of ideas and inspirations—into a quick, pithy statement, but for WITCH, it’s a pretty good foothold, and the game pulls from enough palettes beyond these major influences to create something all its own.

WITCH centers around witches, naturally enough—the Fated are more-or-less normal people in a modern world who’ve made a deal with devilish beings in exchange for access to magical powers. In true World of Darkness fashion, the Fated come in six delicious flavors: curse-slinging Pagans, shapeshifting Yokai, elementalist Druids, wish-granting Djinn, voodoo-inspired Bokor, and immortal Liches. Each of these character types gets access to two Spells (three for the Yokai), structured into a series of seven Cantos of increasing power and complexity. These powers run the gamut from classics like telekinesis to more specific bits of magic, like partial intangibility and desiccation.

The system itself will be familiar to veterans of d20: Players roll 1d20 and add their Attribute, plus a Skill or Talent, and then compare the overall result to the difficulty of the task. The difficulties are fairly narrow, running from 11 to 23, and this seems to reflect the system’s focus on avoiding unnecessary modifiers. True to the campaign’s promise to create a system that doesn’t “interrupt the flow of the story,” I found it easy to follow and intuitive to run in play.

But magic always comes with a price, and for WITCH and the Fated, that price is increased risk. Every time you successfully cast the same Canto, you increase your risk of botching, creating a catastrophe in your wake—or even potentially exiling yourself to a realm beyond existence. It’s a model that’s served well in other RPGs that didn’t make magic about resource management—Warhammer Fantasy Roleplaying springs to mind—but the chances of a botch seem to ramp up a little too quickly for my taste, and there’s little guidance on how extreme a normal botch may be.

Of course, right now all we’ve seen is the playtest adventure and its set of pre-generated characters. Any designer will tell you that there are millions of little tweaks and changes that happen up until the instant the printer starts putting ink to paper, and what I’ve seen so far has made me both interested in exploring the world of WITCH and confident that up-and-coming publisher Angry Hamster Publishing can assemble an impressive product.

The playtest adventure itself is a big part of that confidence—while its overall design seems to narrow players’ choices and agency, especially towards the latter half of the scenario, the characters that populate it are well-sketched, most with a quick biography that focuses on their major formative experiences, relationships, and motivations. The adventure’s centerpiece encounter—I won’t spoil it here—is also very strikingly designed, offering an elegant way of gauging a monster’s mood.

There are definitely concerns. The playtest document lacks some polish and shine, but I’m willing to forgive it for the sheer ambition that comes out of this game. It’s got a lot of flavor and draws richly from an array of cultures and aesthetics to create something that captures that Whedon-esque sensibility: grim on the outside, soulful within. 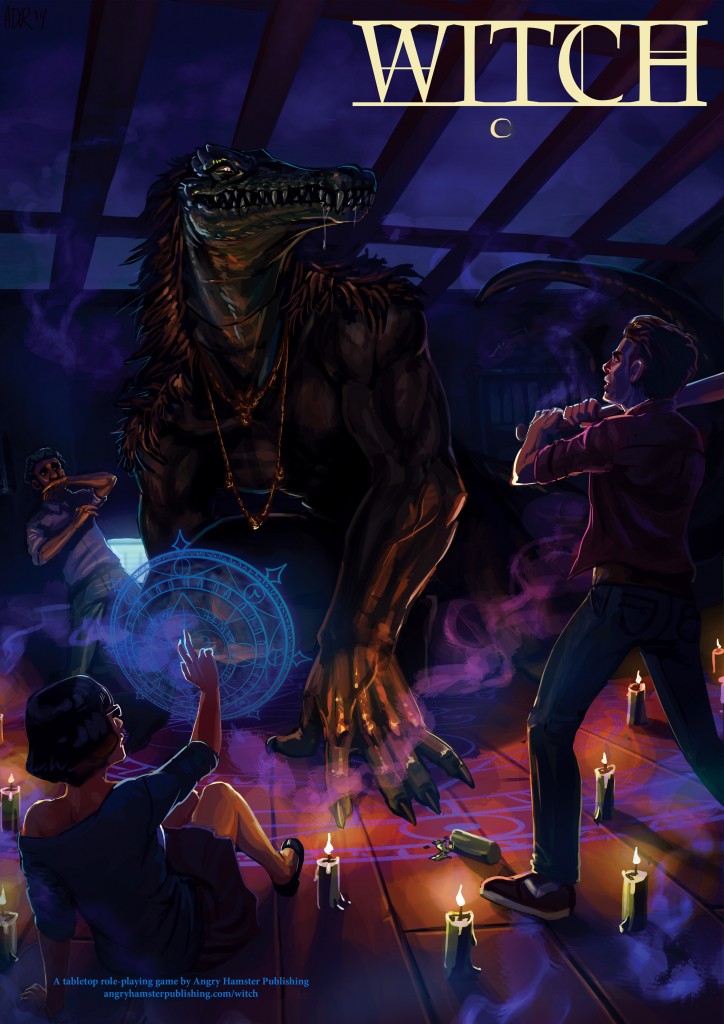 Fans of modern fantasy—especially magic-heavy fare—will find themselves right at home in WITCH, and its streamlined d20-based system isn’t going to present a hurdle to anyone who’s played Dungeons & Dragons, Pathfinder, or any of the countless systems that draw on that same core mechanic. If you’re a White Wolf (now Onyx Path) aficionado looking for a game to bridge the gap between Pathfinder and Mage, WITCH might just fit the bill—and obviously, fans of Buffy (and her previous incarnation in Cinematic Unisystem) will be able to sink their teeth into a world of colorful danger and spell-slinging.

On the other hand, players who crave tactical combat and resource management might have to look further afield. WITCH seems to abstract both of those in order to create a smoother narrative. It might also be a difficult fit for those who prefer broader, player-driven character generation; with each Fate having access to two linear sets of Cantos, there are definitely options, but they’re built into a strong framework.

WITCH currently has 7 days left in its Kickstarter, and the kind of momentum that a campaign can generate in those last days can propel it into its highest stretch goals—in particular, WITCH has a particularly exciting goal to print its “Devil’s Deck,” the game’s answer to traditional tarot. If you’re on the fence, a €1 pledge (roughly $1.08) is enough to get you immediate access to the playtest.

Personally, I’m already in for a hard copy version of the book—is anyone else looking to support WITCH?