Poll – Which RPG Should We Cover for S2? 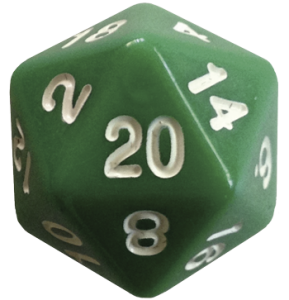 Season One is behind us now and we’re looking to the future. Namely, which RPG system should we introduce and teach in Season Two of Saving Throw? As you may know we covered Pathfinder (by Paizo Publishing) for S1. So what do you think we should tackle next? Well you’re in luck, because we’ve got a poll going on right now! In fact, it’s in the last hours – it ends tonight at midnight PST. Read on for the current standings!

Current TOP 5 standings: Shadowrun is in first place with 105, Savage Worlds is just behind with 88 votes. 13th Age is in third with 57, while the latest D&D edition (5th) is hovering at 56. Call of Cthulhu is in 4th with 48 and Fantasy Flight’s Star Wars RPG System is in 5th with 41. That’s just the top 5!

Those aren’t the only games on the list, either. No sir! You can enter your favorite game too! There’s an option for OTHER and you can enter whichever RPG you like. Maybe you’re a Paranoia! fan? Or perhaps you love to play Dread. Or Fatal? Or Traveller? Anything is possible with the power of imagination! And…. this poll!

Next
The Results Are In - Shadowrun for S2