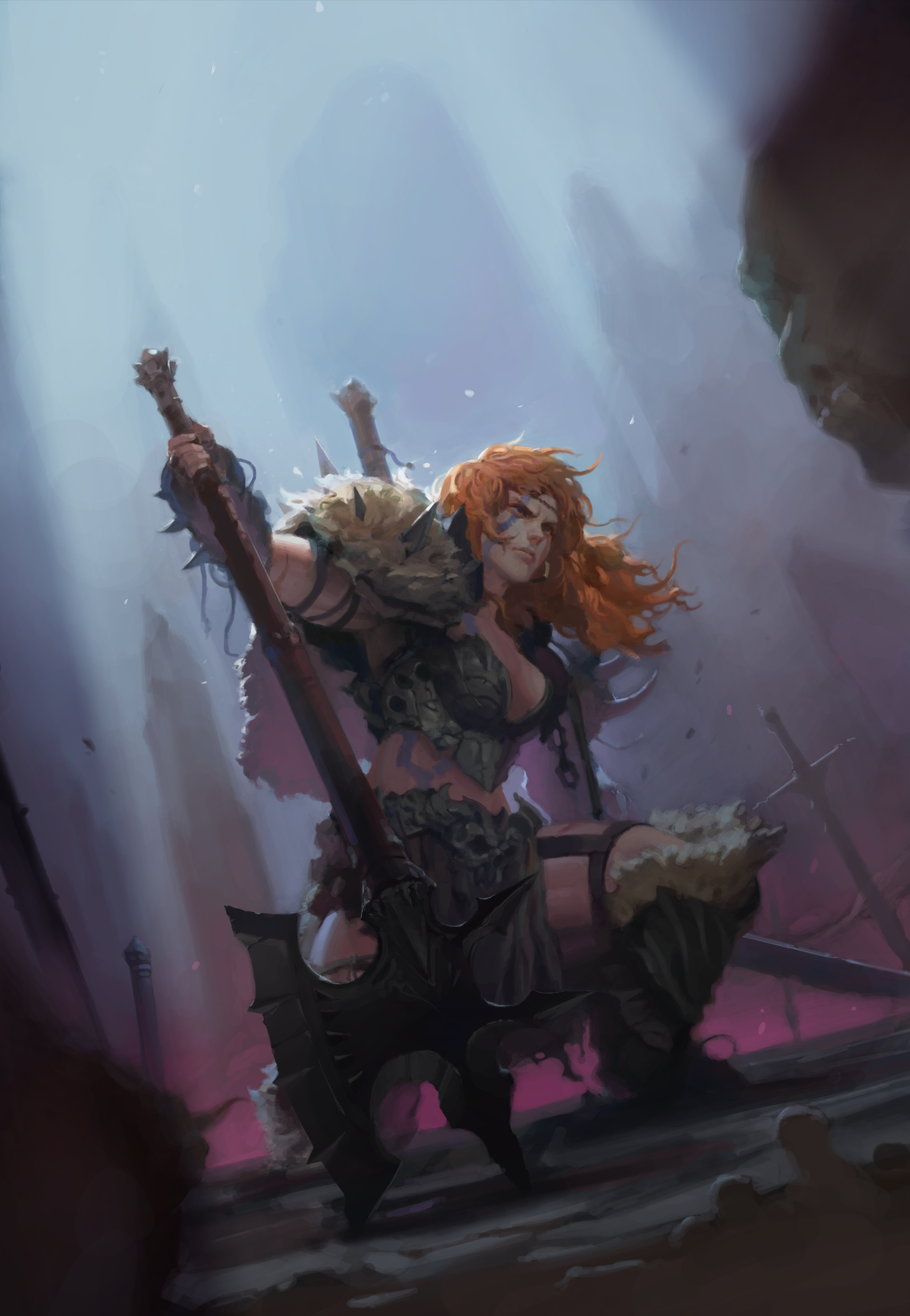 **Editor’s Note: We will be featuring some character backstories of our new Phoenix Dawn Command over the coming weeks. Be sure to watch the adventure LIVE every Saturday night at 5p PDT/8p EDT on twitch.tv/savingthrowshow!

When Varya emerged from the flame of the Aerie to a cheering throng she was taken aback by the inappropriateness of the gesture. After all, she had just been spat out from her Crucible which had been nothing if not a personal hell.

Her Crucible had been cruel. After being slain by The Dread in her mortal life, she had awoken in a place of darkness with the echoes of her faults and failures engulfing her, threatening to swallow her into nothingness. Her tribe in the Deep Grimwald had promised that all those who died would go on to join the Spirits of the Wild, but instead she had received this punishment for her failures.

She returned to the living world after what seemed like aeons, feeling very different than she had in her first life. Somehow more bestial; attuned to her berserker wolf spirit in more than just mind.

She was quickly escorted to a group of individuals who also had returned with extraordinary powers and was told this was the “wing” with which she was to serve the Empire. Though a part of her found it all very confusing, there was also a sense that it was right and natural.

It wasn’t long before this tiny group was deployed to check on the status of another Aerie which had sent a distress signal before going quiet. Third in line to teleport in, she arrived to a room of chaos, a Dreadknight waging battle with her team.

This Dreadknight was part of The Dread that had ended her first life, and seeing it caused a rage to boil inside her. In a flash she bolted to the foe, lifting and slamming him into a weapon rack repeatedly.

She and her wing continued the fray, and to her surprise, each injury inflicted on her moved her further down the path to beast. Her pelt cloak began to meld into her skin and she could feel her bones twisting unnaturally. It made her feel stronger, but also somehow a little less in control.

At last the Dreadknight was defeated and the wing was free to continue to secure the rest of the Aerie. They descended down stairs into a miasma that caused their deepest fears to bubble to the surface. She had a vision of herself too far gone into the beast, a monster out of control. With the help of the only wing member she felt might understand her, Eerie, and some strong ale, she was able to steel herself enough to continue.

The scene they encountered at the bottom of the stairs was a nightmare. Ink made a valiant attempt to attack their foes but was dispensed with, his body falling to ash. Then something unexpected happened, Varya could feel him in her head. His abilities adding strength to hers. She already had enough conflicting things in her head that this addition was more frustrating than anything.

She moved to attack, wrapping great chains around her forearms to pummel the enemy with. She took more wounds, and at some point, something inside her snapped. She moved quickly and fiercely, nearly in a trance. The beast had assumed control and didn’t calm until her enemy was destroyed, leaving behind an orb of great power and destructive capabilities.

Thanks to Ink speaking into her mind they learned that the best course of action was to destroy it, but that one of them would die in the process. As her teammates argued over who should be the one to do this thing, Varya smashed the orb and dragged the fear contained within back into her own hell, her Crucible. Besides, what was a little more fear to that place?