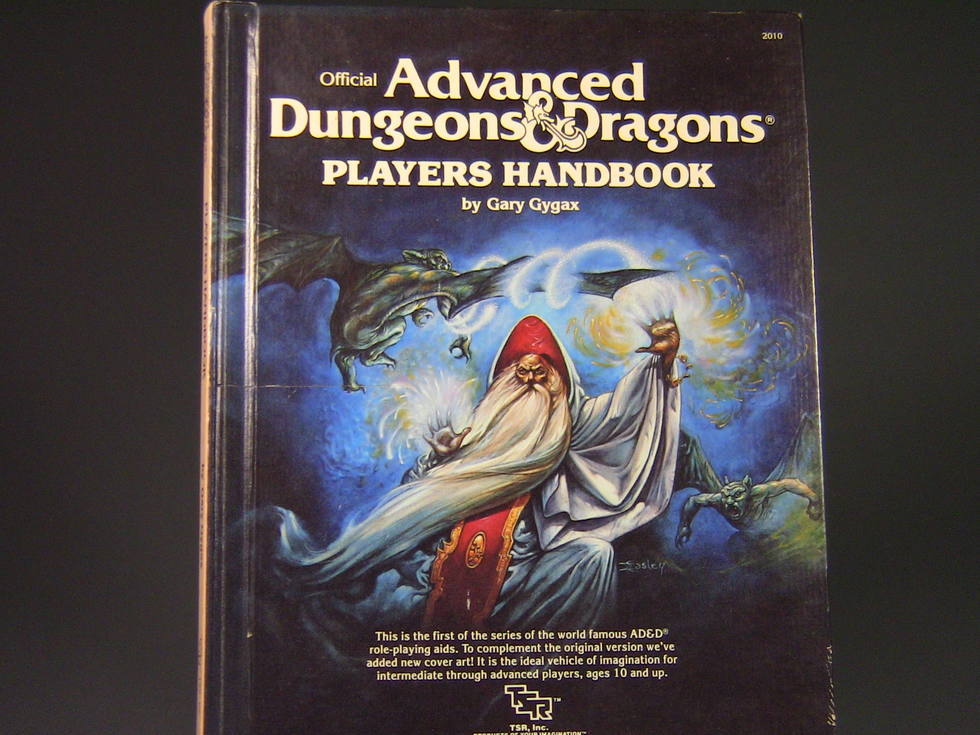 My name is Mason and I’m here to say Dungeons & Dragons is a drug. I kid you not. It’s a drug for the imagination. Once you start it’s hard to stop and you’ll go anywhere to get your fix. Some of the places it takes you are dark and horrible but others are beautiful and moving. Regardless of the experience you’ve got to have some more.
A trusted friend is usually the first one to introduce you to D&D. I was lucky enough to be introduced to it by my father at the tender age of 9. Let me back-track a little. I have three brothers and we were close. We were the Ninja Turtles for Halloween, the Power Rangers every afternoon, and the Street Sharks every time we got a wild hair.

My father was active in the Marine Corps and at the time had very few weekends to spend with us. Because of this he had to find a way to maximize his time and keep us entertained and engaged. A friend of his on base introduced him to D&D. He thought, with our active imaginations, it would be a great fit.

The next time he had us, he sat my brothers and I down and walked us through creating our characters. He thought we might get bored with just one character so he had us each make two. This is an extremely complicated task for Advanced Dungeons & Dragons, but somehow he got 4 children from the ages of 7-9 to make 2 characters each. 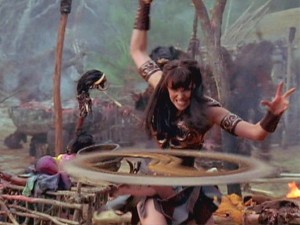 I played Merlin, the Wizard of Thay, and Xena, the Illusionist Thief. Yes I had a crush on Lucy Lawless. Merlin, of course, had the long wizard robes and a long white beard and Xena had her Chakram. We didn’t know the name of the disc Xena threw back then so we called it the Xena-rang.

My brothers gravitated naturally to the roles that best fit their personalities and before long we had a complete party. We traveled to Ravenloft, Thay, Waterdeep, and everywhere in between. I learned of the Old Gods as well as the Almost Forgotten Ones.

Sure some of the “rules” fell by the wayside as the game went on, but it was always about fun over pesky rules. A lot of adventures have been lost to time. As the days pass it’s hard to remember what was an adventure we had or what was a TV show but I do have one memory that sticks out like a ray of light.

My most memorable moment from the game was when my wizard, Merlin, found an amulet in a dungeon and kept it hidden from the group. Later that night at camp he pulled the amulet out, in secret, and it spoke to him. It said that if he prayed to it he would receive unimaginable power. As a low level wizard any extra power is a good thing. You’re so easy to hit and you only have measly d4s for hit points. I was a glass cannon if ever there was one.

So what did he do? HE PRAYED TO IT, OF COURSE! Immediately Merlin was rewarded with night vision, but it came with a price. His eyes glowed an eerie yellow whether it was day or night. He kept it a secret from the party as best he could and kept praying to it. The next gift was claws. Then poison breath. Then a prehensile tail.

It was getting to the point where my brother the Paladin’s Detect Evil spell was getting thrown off by me. They, of course, had to confront Merlin about it. When they did confront him he did what the amulet told him to do… he lied. He told them it’s part of his magic and it comes from messing with the forces of nature.

Needless to say, they didn’t believe him. So they followed him one night. They found him sitting under the moonlit sky between two large trees. Merlin began to pray again and wouldn’t you know it he was blessed with incredible strength and agility but his neck grew two feet longer. This set my brothers off. They demanded Merlin give up the amulet. “That isn’t going to happen,” I told them. Not now, not after he’s come so far. They would have to rip it from his cold dead fingers.

So we fought as brothers do. I took down half the party, Xena fighting alongside Merlin, against the band. We almost won but the Barbarian had a ring of Spell Turning which he just got to work. When the Barbarian and the Paladin worked together they were able to stop Merlin and Xena. Thankfully no one was killed, only knocked out. What? We were kids; people didn’t DIE die back then.

They took the amulet from Merlin and instantly he reverted back to his old self. It was a long trip and like a junkie going cold turkey Merlin made everyone miserable. The band finally got him to Waterdeep and a priest there identified the amulet. He let Merlin know he would have been turned into a full demon if his “friends” had not stopped him.

That ordeal told me a lot about my brothers. I knew then what most find out much later in life. My brothers would kick my ass to save it, even if it was from myself. Whatever bond we had as brothers was strengthened thanks to D&D.

We continued on our adventures after that. My brother, the Paladin, ended up losing his Holy Avenger sword (that’s a +5 weapon there, baby) to a Rust Monster, along with half his armor. I got my hands on a Rod of Wonder and caused more trouble for the group but as with most things it tapered off.

We rarely play together now. We all have kids and full-time jobs. I have carried on my father’s tradition and taught my son to play D&D and will soon be starting a game with him and some of the local neighbor kids. All of which is under the guise of teaching them math and reading comprehension. Suckers.

I still play D&D to this day along with so many other RPGs but I’ll always carry the adventures, my brothers and I had, with me. That was my first experience with D&D.

What was yours? When did you get started? And what was the most memorable moment from it?

Next
Guide to Horror Games, Part 3

Sure know how to make a grandmother cry………I may not know much about D&D (though Josh did try to teach me) but this was touching. I enjoyed your memory and want a copy of that picture from Universal Studios….Luv ya Grams