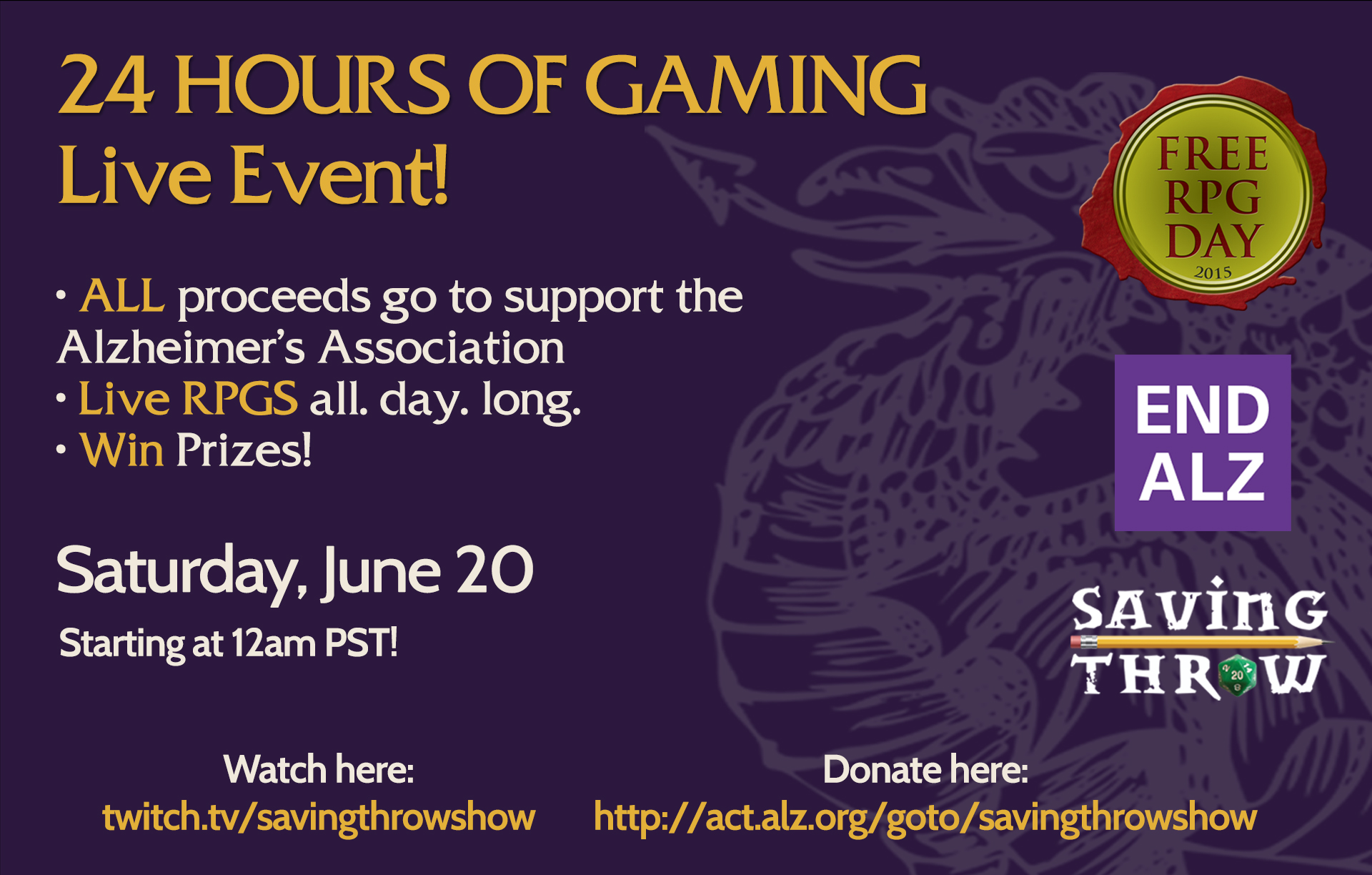 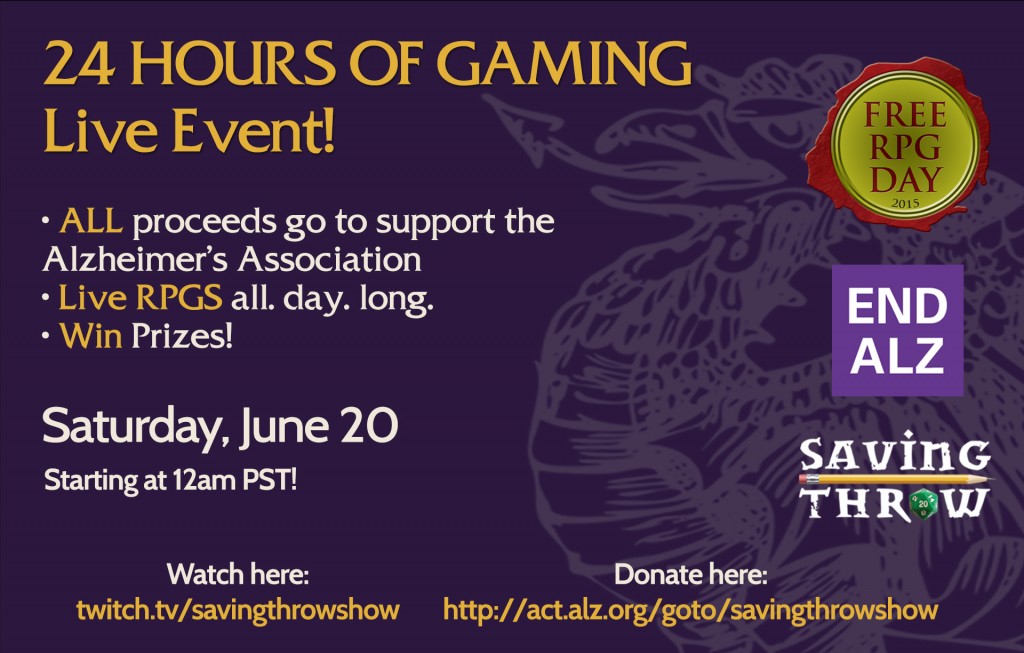 On June 20th, we’ll be participating in The Longest Day, an event to honor the strength, passion and endurance of those facing Alzheimer’s disease. From midnight to midnight (PST), we will be playing a variety of RPGs and other games to raise awareness and funds for the care, support and research efforts of the Alzheimer’s Association. Not only that but it’s also Free RPG Day, so how perfect is that? So really this is “The Longest Free RPG Day.”

Great question. You can watch the stream LIVE on June 20th starting at 12am PST only on our Twitch channel twitch.tv/savingthrowshow. You can donate via our team page on the Alzheimer’s Association’s site here http://act.alz.org/goto/savingthrowshow. There will also be other donation links available on the day of the event on our Twitch page for easy access.

WHAT GAMES WILL BE PLAYED?

We’ll be playing games like Dread, Beastmasters of Yagga-Mor (run by The Dungeon Bastard himself), 13th Age, and of course, a special session of Barky’s Brigade (D&D5e). Prizes will be given away to faithful viewers during each session and every donation has the chance to alter the gameplay (see below)!

Together, we can advance research to treat, prevent and, ultimately, cure Alzheimer’s, and provide programs and support to improve the lives of those affected today.

WHAT CAN MY DONATIONS DO?

In addition to helping the great people at the Alzheimer’s Association research a cure for this terrible disease, each donation you make has the potential to alter the gameplay for our players! You can choose to help or hurt the players (or the GM). Here are some suggested ways to make your donation count… feel free to suggest more! Simply leave a comment when you make your donation and choose what you’d like to see happen.

IMPORTANT: If making a donation and you want to affect the gameplay, please be sure to message us with your preferred effect. You can leave a message on the donation page in the “Send Us Encouragement” area at the bottom, OR you could Tweet at us @savingthrowshow OR you can send us an e-mail or Facebook message. Just be sure to include your name somehow so we know which donation to attribute it to. Cool?

The following is a list of the some possible donor reward choices:

Next
What's the essential lesson of GM Preparation?