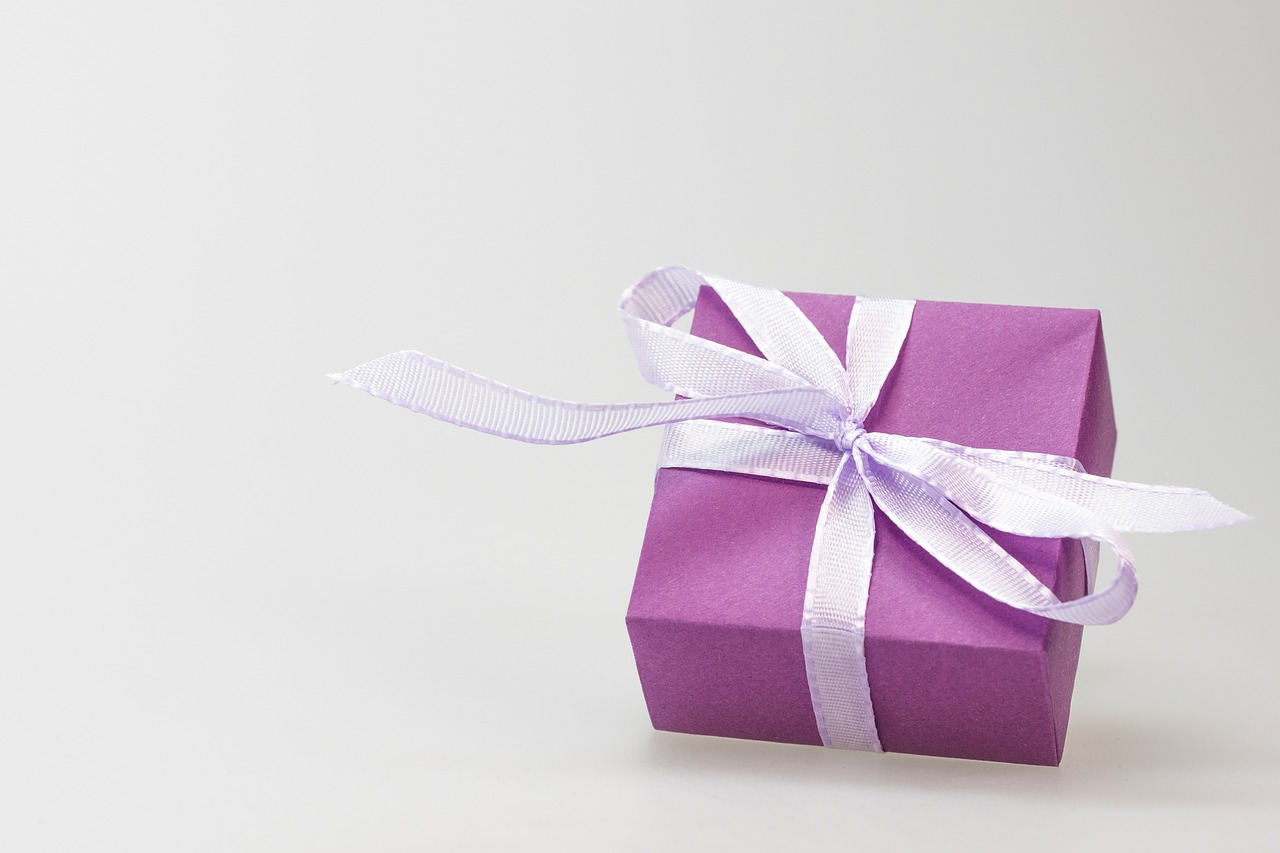 We live, as the saying goes, in interesting times–the RPG industry is undergoing any number of major shifts, and despite the difficulties of getting a product on shelves that isn’t either a big name property or backed by an instantly recognizable license, more and more games are getting made through new channels that connect us, the consumers, directly to the authors and designers we follow. There’s a revolution in print-on-demand running through DriveThruRPG, and indie games are going professional with either online PDF sales or pay-as-you-want/can pricing.

And then, of course, there’s Kickstarter.

People tend to have big feelings about Kickstarter, good or bad. For the uninitiated, it’s a service that allows creative individuals (and, somewhat more contentiously, companies) to launch a funding campaign. They’ve got a product or service they want to make, and an amount of money they’ll need to make it: if they can get enough pledges to cover that cost, it all goes through, but if not, no one’s charged a dime. Almost all campaigns offer rewards, usually the product or service in question. And despite Kickstarter’s repeated, vehement stance that they are not a store front for your pre-orders, that’s more or less the popular perception, especially where RPGs are concerned.

Full disclosure: I’m a pretty big proponent of Kickstarter; I think it’s done a lot of good for RPGs, and will continue to do more in the future. Looking at my bookshelves, I’ve got about a dozen games or supplements that owe their existence to Kickstarter campaigns, and I’ve got even more on the way that are still in the process of production. Heck, Saving Throw owes its first season to the generosity and interest of 328 Kickstarter backers. But that doesn’t mean I don’t have some very real concerns.

So: Kickstarter’s helped a lot — a lot — of creative, talented authors and designers get their ideas into print. But we as a community of players, GMs, and consumers need to go into campaigns with some very real questions on our mind.

Question 1: How Far Along Is This Game?

Publication is a long process. There’s a long, treacherous road for going from a words on someone’s computer to well formatted, art-adorned ink on glossy pages. Kickstarters have been launched at all stages of development, from initial planning to print-ready, and trying to figure out where a given campaign sits in that spectrum is a good way to help set your expectations.

It’s almost taken for granted now by Kickstarter addicts that the projected delivery date for any game — or any product, really — is usually…well, the polite term is “charmingly optimistic.” The less polite option might be “ambitious,” and from there you can get all the way down to “disconnected from reality.” If you can’t accept that, put away your credit card; Kickstarter is not the place for you. Even veterans with multiple Kickstarter campaigns under their belts can be thrown for a loop by missing art, run-away writers, or printers that just don’t care. It’s common to see books printed overseas for cost reasons, and even when the companies involved are working at warp speed, there’s a reason that the phrase “the slow boat from China” exists.

Gauging how far along the project really is can help you decide if you’re ready to be in it for the long haul. If they’ve already got a manuscript ready and just need money to get the printers moving…well, their schedule is probably a little bit more solid than someone who’s still mired in development, which can include completing the game, playtesting it, comissioning art, managing layout and design, selecting the right printer…

…but sometimes, it’s still worth the gamble, and the wait, if the product is something you believe in. Which brings us to:

I don’t just mean in terms of reputation, though that’s certainly a big factor. A proven author who’s got some credits to their name on games you care about (or at least, have heard of) is a confidence builder. But even if you haven’t heard of Indie Author #391, it’s a good practice to ask yourself: who’s really making this game? Is it a one-person operation? A small team? A company with a Mongol horde of freelancers?

If it is a one-person operation, or even just a small, unproven team, look at what they’ve put together. Read their skill sets, their backgrounds — most good Kickstarters give us some insight into the authors because they’re not just trying to sell us on their product, they’re trying to sell us on their ability to deliver the product. Check their blogs, if they have them. Look at their influences, if they list them. More than anything, trust your gut: a lot of Kickstarters try and promise you the moon, but it’s pretty obvious for anyone to see when a team’s biting off more than they can chew.

And as Kickstarter becomes more and more viable, we’re seeing larger companies using it too, with varying degrees of savvy and success. Onyx Path, the reincarnation of former industry stalwart White Wolf, is currently working on its 14th Kickstarter campaign, and they’re pretty upfront about having learned a thing or two from previous challenges. Perennial spooky favorite Call of Cthulhu is getting a 7th edition courtesy of an outrageously successful campaign of their own. These campaigns take a lot of risk off companies: they let the excitement and goodwill of their players and customers determine what gets published, and through stretch goals, what gets the most attention. Many campaigns take feedback from their backers through comments and polls to help shape the final product, but their backing itself is the ultimate vote: it lets the market speak for itself (before anyone’s on the hook for 1,000 pounds of unsold hardbacks).

Question 3: What the Heck Is It, Anyway?

A good Kickstarter campaign should let you know what the game’s really going to be like. I’ve seen a ton of writer-developers with oversized ambitions posting Kickstarters with vague descriptions and a few pieces of cherry-picked  artwork, but that doesn’t make a game. If there’s not something — some sample — ready for your inspection, it’s time to really ask yourself if you know what you’ll be getting.

Does it run on a familiar system like d20, Fate, or the Apocalypse World engine? If it’s something completely novel, is there a real, concrete outline of what the mechanics are going to be like? Is it diceless, or even card-based, and if so, are you cool with that?

The gold standard here might be something like Demon: The Descent; at the very start of their campaign, Onyx Path was offering both the raw, final manuscript on Google Drive (the whole game!) and a number of sample pages to show what the final product would look like. That’s teetering on overkill, of course, but be sure that you’ve got a good idea about what you’re backing, or else be ready to ask:

Question 4: Am I Willing to Be Disappointed, Surprised, Inconvenienced, and/or Annoyed?

This is the million dollar question, because for every Kickstarter that goes 100% to plan and delivers exactly what was promised exactly when it was intended… well, that’s not a super common occurrence. But it’s not always, or even often, a deal breaker. Things take a little longer than expected: I’m still on-board, just keep me updated. Something didn’t turn out as planned: well, we have to remember that at the end of the day, Kickstarter isn’t a store, and you’re not buying a product–you’re supporting a vision, and sometimes visions don’t work.

If you’re not willing to get a product later than expected, or to be surprised at how many little things can go wrong in the pipeline from a mad genius’ desktop to your bookshelf, then maybe Kickstarter’s not for you. But there’s a whole lot of games coming out of there that wouldn’t have had nearly the same chance in the old business model. Best of all: these games don’t (usually) stop there. Kickstarter’s just that — a starting point. If you’re risk-averse, you can find all sorts of games that owe their existence to crowd-funding that are now finished and out there for the public.

I’ve skirted one pretty big elephant in the room, and that’s the fear of Kickstarter scams, people and companies who’re out to fund a campaign and then drop off the face of the Earth. Sometimes it’s clearly an act of bad faith; other times, it’s less certain, because we all know that life can sometimes come at us like a Celestial Half-Dragon Dire Bear of Legend. I’ve backed 33 projects without an out-and-out scam yet, and while there are certainly some prime examples out there, I think they represent a fairly small minority, especially compared to the benefits Kickstarter brings to our hobby–it’s letting us have a voice in what gets made, and it’s creating an opportunity for things to exist that would have never been deemed “worth the risk” before. And more than just games, we’re seeing goods and services that make a real difference to how we play, like custom-printed miniatures (now available to non-backers!) and world map generators–all of them made possible because of this new model.

It’s definitely not perfect, but it’s pretty damn exciting. What are some of your go-to Kickstarter warning signs?