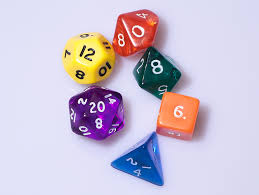 Tabletop gaming is many things to many people. People can prioritize interactive storytelling, getting together with a few friends, or the pure, fun escapism of it all. But it’s most important to remember that tabletop gaming is just that: a game.

I’m not saying this in the mid-80’s moral panic sort of way. That, “Don’t worry Grandma, I’m not going to start sacrificing the neighborhood pets to The Almighty Gygax, it’s just a game” sort of way. Instead, I mean to say that for once, chill out everyone. I know that Dungeons & Dragons can be a passion — hell, I write for a website dedicated to it and games like it — but we have to remember that it’s also a recreation.

I think we’ve all met those types of people that forget this important fact. The Rules Lawyer. The Serious One. The Spotlight Hogger, The Sociopathic GM. We know the tropes and the warning signs. Bickering with others, refusing to have a humorous encounter or NPC, or letting the game take a hold on real-life friendships. All of these can ruin a session, an adventure, or even an entire group if the troublemaker doesn’t shape up.

Now listen, I don’t mean to say that you shouldn’t care about these games. Putting effort and care into your characters and play style is what makes groups flow smoothly. To be honest, seeing a player character that you believe in succeed is incredible. Many people first starting out don’t see how that can happen. Words on a page, combined with a conversation between people throwing dice, doesn’t bring pride and joy to mind. But dedicating a little bit of your heart to that character can turn this activity into a lifelong love. Actually caring about the game doesn’t end with the players. A GM that doesn’t dedicate at least a little time to the group will ruin sessions. This may be a game, but it’s still cooperative. That’s its beauty. You’re on the hook for other people’s fun. That means caring about their experience too.  This can take shape in many ways.

Know The Group You’re In

For instance, if you’re rolling up characters and the barbarian to your right is Dirk Punchface and the wizard to your left is Sir Wandsalot, prepare to have a light-hearted romp through a couple of monsters. If that’s not to your liking, then that’s totally up to you; this isn’t the group for you, and that’s okay. If you want extensive backstory, motivation, secret desires, and other stuff like that, go find a group that caters to that. They’re both fully acceptable ways to play the game. The same love can be poured into humorous, lighthearted characters as any other. What you can’t do is sit at that table, night after night, complaining when your group’s rogue, Theifstie Stealington, picks a bunch of locks to let loose some crazy animal. Because then not only are you not enjoying the game, but now you’re being a fun-sucker. And fun-suckers are the worst.

My first group was filled with irreverent humor; Harry Buttface was our wizard, our Dragonborn was actually a cow-man that could breathe fire, and drunken blackouts were as much a plot-point as ritual sacrifice or astral chaos. People use lightheartedness to break tension, and that’s completely okay.

Even in serious groups, which are just as much fun for passionate gamers, it’s important to remember what you’re doing. You’re sitting around with friends, pretending to be someone else. By all means, go whole hog. I’ve put on voices that you wouldn’t believe because my characters demanded them. I’ve been ditzy women, low-brow bruisers, hell, even a gourmet chef out of his element; when you’re gaming, be who you want. But just be aware that once you leave that table, you’re not that person any more. Whatever slights the warlock Marlowe Eldernight has sent your way, the dude running him is not actually Marlowe Eldernight.

Remember Why You’re There

Tabletop gaming is an amazing experience. That’s why we all love it so much. It allows you to be anyone you want, and to do anything you can think of. Tabletop gaming sets you on the path to control worlds and rise to the rank of gods. Or to steal from the rich and keep all of it for yourself, if that’s what you want. But most importantly, you’re here to have fun with your friends. This is the biggest way that tabletop gaming is different from so many other types of gaming; it’s cooperative. I’ve had to correct so many people about “winning” Dungeons and Dragons, because we’re all trained to compete against each other. For one night a week, or a month, or every couple years, you get to sit down and have fun with your friends. To return to the previous example, if you’re Marlowe Eldernight, stop slighting everyone else in your party. If that means ditching your Chaotic Evil alignment, it’s the price we pay for fun.

GM’s Are In The Game Too

Context is just as much a part of the game as the rulebook. Don’t hold your players to the letter of the law if that means sacrificing fun. You’ll never, say, punch a hole in the bottom of a ship and send it sinking to the murky depths if you try rolling d4 for damage. Reward your players for thinking of awesome stuff. I know that you worked hard on those NPCs trapped in the cargo hold, but now your PCs just threw an exploding barrel at the hull. Deal with it. They’ll know when they’re being railroaded, and it’s not fun.

Don’t be afraid to punish your players for bad decisions, because that keeps them honest and on their toes. But don’t delight in your players’ misery. Just because you control the villain doesn’t mean you have to always BE a villain. Be fair, be tough if that’s what you’re into, but never be mean.

Finally, please, for the sake of your party’s sanity, remember: For all the amazing highs and heart-punching lows, we’re still just a bunch of people rolling dice across a table.

Next
Getting Into Character