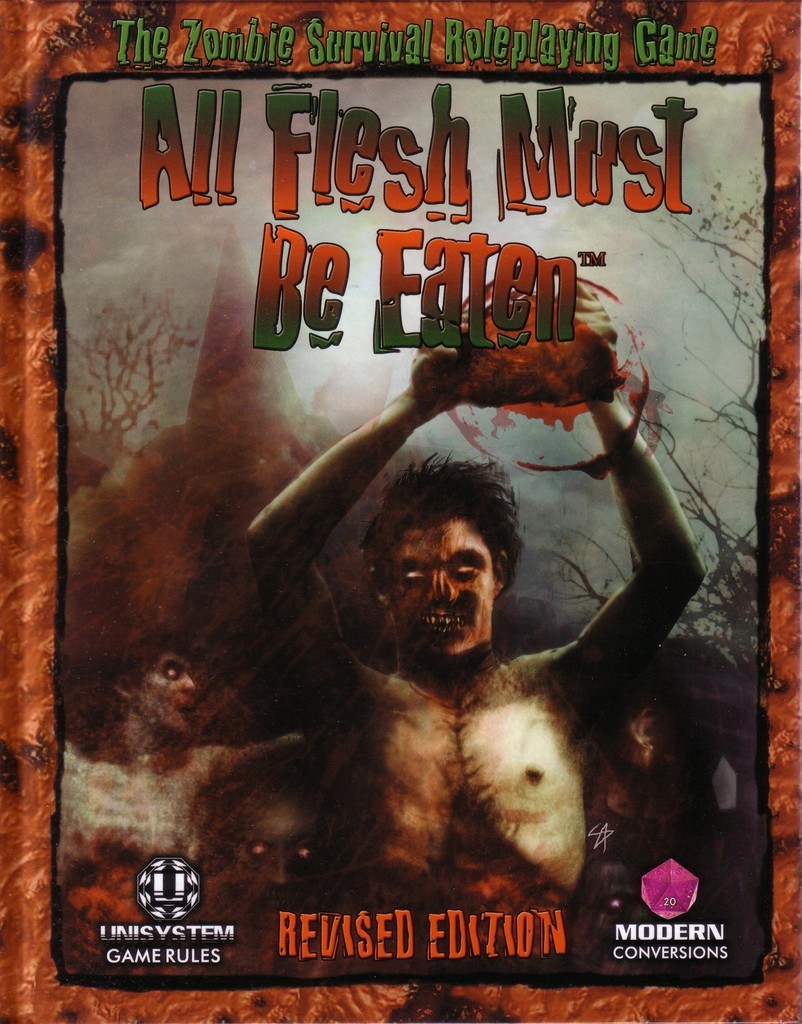 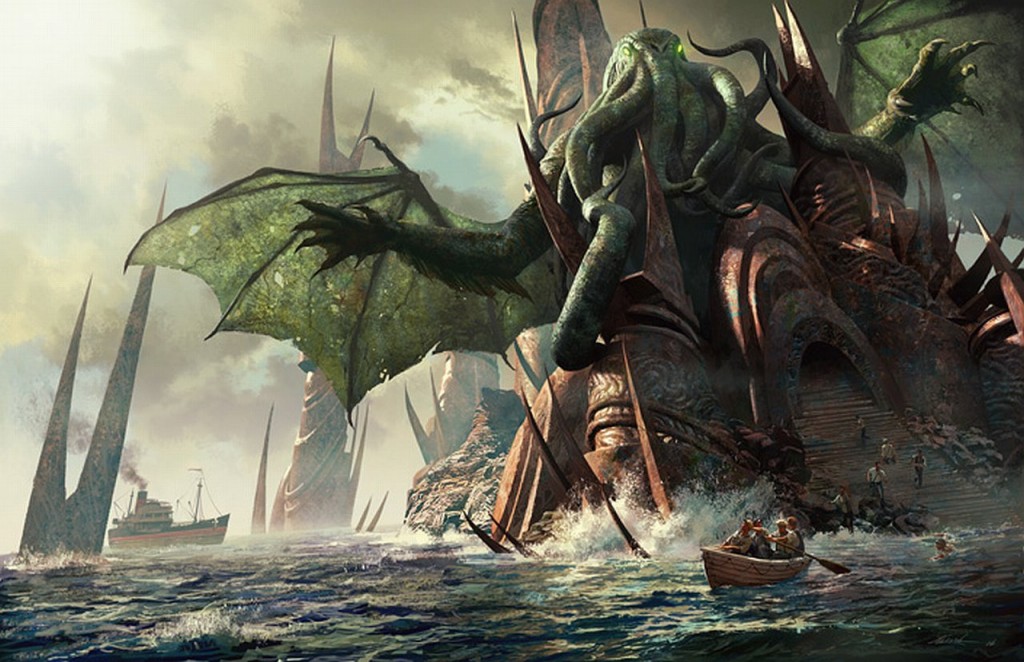 The air is cold and crisp in the cemetery. A faint breeze blows through your hair sending a chill up your spine. For a half second you find yourself left in total darkness as a cloud passes between you and the moon. The light finally returns giving you back a small sense of security. You hear a crash and instantly any comfort you had is ripped from you as a giant indescribable creature rolls forth. Its sopping wet tendrils whip about as it moves for you. You stumble back trying to escape its grasp. Then you realize… it’s all just a game.

Welcome back fellow seekers of the macabre and hunters of the unknown. As the Halloween season comes to a close next week, this will be the final installment in the Guide to Horror Games. I’m not saying this will be the last article were doing on horror games ever! Not by a long shot. In the first article we covered the Ravenloft setting for Dungeons & Dragons, Trail of Cthulhu, Dread, and Outbreak: Undead. In Part 2 we tackled Eclipse Phase, The Esoterrorists, and Monsters & Other Childish Things. Fear not, we’ve saved some of the best for last along with a few honorable mentions.

All Flesh Must Be Eaten 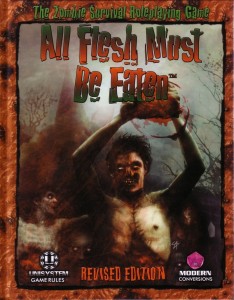 Recommended if you like: Any zombie movies, The Walking Dead, and World War Z

Nothing is more terrifying than the looming fear that just around the corner is a horde of flesh-eating zombies waiting to chomp on your ass. Very few games get this across well and still maintain a cinematic feel. All Flesh Must Be Eaten, by Eden Studios, is designed for just that. With the Unisystem you can choose to play in “Classic” mode or “Cinematic.” In Classic mode you have a standard target number that needs to be hit. If you hit, you succeed. If you roll under the target number then you fail. In Cinematic mode you have degrees of success and failure. The better you roll the more you can do. You still have the target number but it gives you a lot more freedom to do fun stuff.

All Flesh Must Be Eaten works for both one shots and campaigns. It has a plethora of add-ons and different campaign settings.  They have everything from classic zombie stories to Zombie Fu to a Fistful of Zombies. I recommend running this if you want players to have a little more control of their horror experience and you want something more action-y.

GM Tip #1 A word of warning, it takes a very special Game Master to be able to switch between terror and action. Fear comes from facing a monster that you stand very little chance of beating. The best way to encapsulate this is to have the zombies be a persistent threat. Sure they can fight a few of them but eventually there will be too many zombies and the players will be overrun. THAT or have the regular zombies be easily defeated but of course there’s always a “Special Infected”, that the players can’t beat, just around the corner. 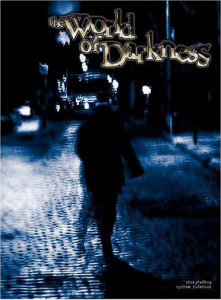 Recommended if you like: Anne Rice’s Vampire Chronicles, Underworld, and The Dresden Files

While World of Darkness, by White Wolf, isn’t scary in the classic sense it makes you more aware of your humanity and how easily it can slip through. To determine success and failure in WoD you roll a dice pool and however many dice you get above a certain number allows you to do more on your turn. It is called the Storytelling System so be prepared to really get into a character and talk it out.

The meat and potatoes of this system comes from what “World” you want to play in. Sure, you could play as a normal human learning about all these other beings. You could also play as a Werewolf that puts the packs needs first. You can also play as a Vampire and get wrapped up in the political intrigue between your clan and others as well as fighting for status within your own clan. The horror from World of Darkness comes from this question: what are you willing to sacrifice? Are you willing to trade off bits of your humanity in order to complete your mission or will you take the high road and end up paying much, much more.

World of Darkness works for both campaigns and one-shots but is much better suited for campaigns. It’s hard to get across the sense of loss when you only have one session to do it in. I’d recommend this game system for people who are more interested in the Campbellian journey of their character over the vorpal sword they get for beating a lich.

GM Tip #2 Award clever players. If they are running from the monster but find some brilliant way of escaping it, then give it to them. Sure it may delay their doom a few minutes, but allow them that small victory. No one likes playing a game where they are perpetually losing. So give them a break once in a while.

Recommended if you like: Ghostbusters, The Mummy, and Twilight Zone.

What D&D is for high fantasy games Call of Cthulhu is for Horror games. CoC is the granddaddy of all horror games and should be treated as such. Published by Chaosium, Call of Cthulhu is based largely off the works of H.P. Lovecraft, an early 20th century author, and contains a deep and rich mythos to draw from. Drawing from the rich literature of Lovecraft, CoC is one of the first systems to have a way to damage characters psyches in addition to their health. As the players see more and more terrifying things their sanity goes further and further down till they are a gibbering mess. Because in Lovecraft’s tales, you’d sooner go crazy than actually die.

Call of Cthulhu works for either one shots or campaigns. It’s recommended to run one shots in Call of Cthulhu because most of the scenarios are quite lethal and the chance of your characters having any longevity are slim to none. While it is possible to do a campaign in CoC it is very difficult to keep the players sane and/or healthy. CoC is great for all types of players and can be easily learned. If you’d like to play in the system but aren’t keen on the 1920s setting, there are expansion like Cthulhu by Gaslight, which takes place in 1890s London primarily, or Arkham Now, which gives some rules for more modern play.

GM Tip #3 Don’t over explain the monster. The beauty of H.P. Lovecraft’s work is that he rarely goes into a deep explanation of why the monster does what it does or what the mind-set of the killer is. Hell, most of his protagonists end up fainting when they run into something truly horrifying. Remember the terror lies in what is omitted. Let the players fill in the gaps themselves but instead give impressions of how they should feel looking at this terrifying thing. There is no budget cap on imagination so let your players go crazy. No matter how descriptive you are you will never be scarier than the thoughts swirling about in the players’ heads. 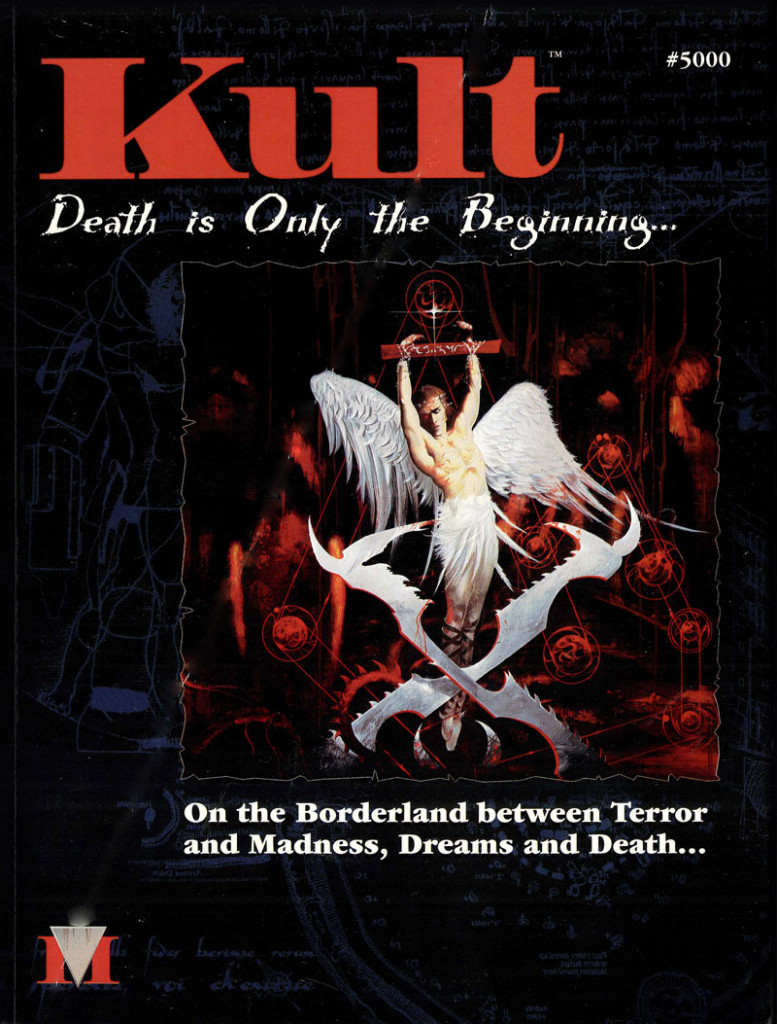 Kult is an RPG from the 90s written by Paradox Entertainment and it focuses on two extremes. You’re either crazy enough to see the world as it truly is or your smart enough to see through the deception. Kult is notable for its philosophical and religious depth as well as for its mature content. It’s not meant for the faint of heart. Now you’re not going to find this on bookshelves easily. The game was originally made in Sweden and then translated to English. The game system has some trouble areas but the lore is fairly interesting. Check it out if you want to try something completely off the beaten path. 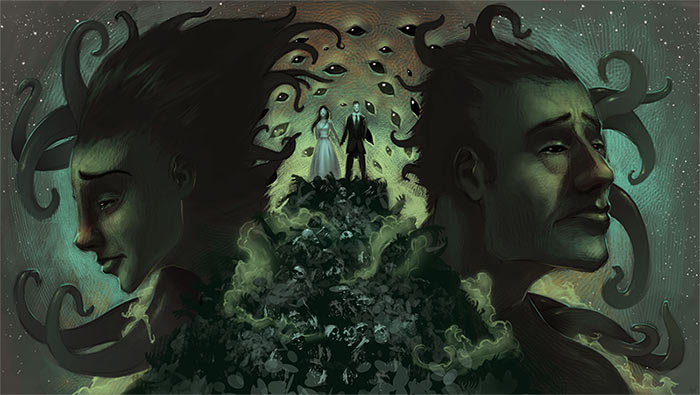 Hebanon Games is an indie game publisher that’s making its way by producing system-less horror games. Maybe “system-less” is the wrong term. They’re more system neutral. You can use their scenarios for any system that catches your fancy. The best part is that most of their work is pay-what-you-want. I recently got the chance to play through their “Lover in the Ice” scenario and it literally gave me nightmares. I’m reading through a few of their other scenarios now and honestly, I can’t wait to see what else comes from them.

Hebanon Games was created about a year ago by Caleb Stokes, whom some of you may know from the podcast Role Playing Public Radio. The RPPR crew have a few Actual Plays released where they record themselves playing some of his scenarios. They’re available on iTunes if you have 3 – 6hrs to kill.

That’s gonna wrap it up on this season’s Guide to Horror games. I hope you guys enjoyed them. If you know of any games I may have missed please post them in the comments below. I’m always excited to check out new and terrifying ways to verbally torture my players… short of sunjecting them to my Miley Cyrus impersonation. Also what is your most terrifying game story? We want to hear about your game adventures that have gone horribly off the rails.