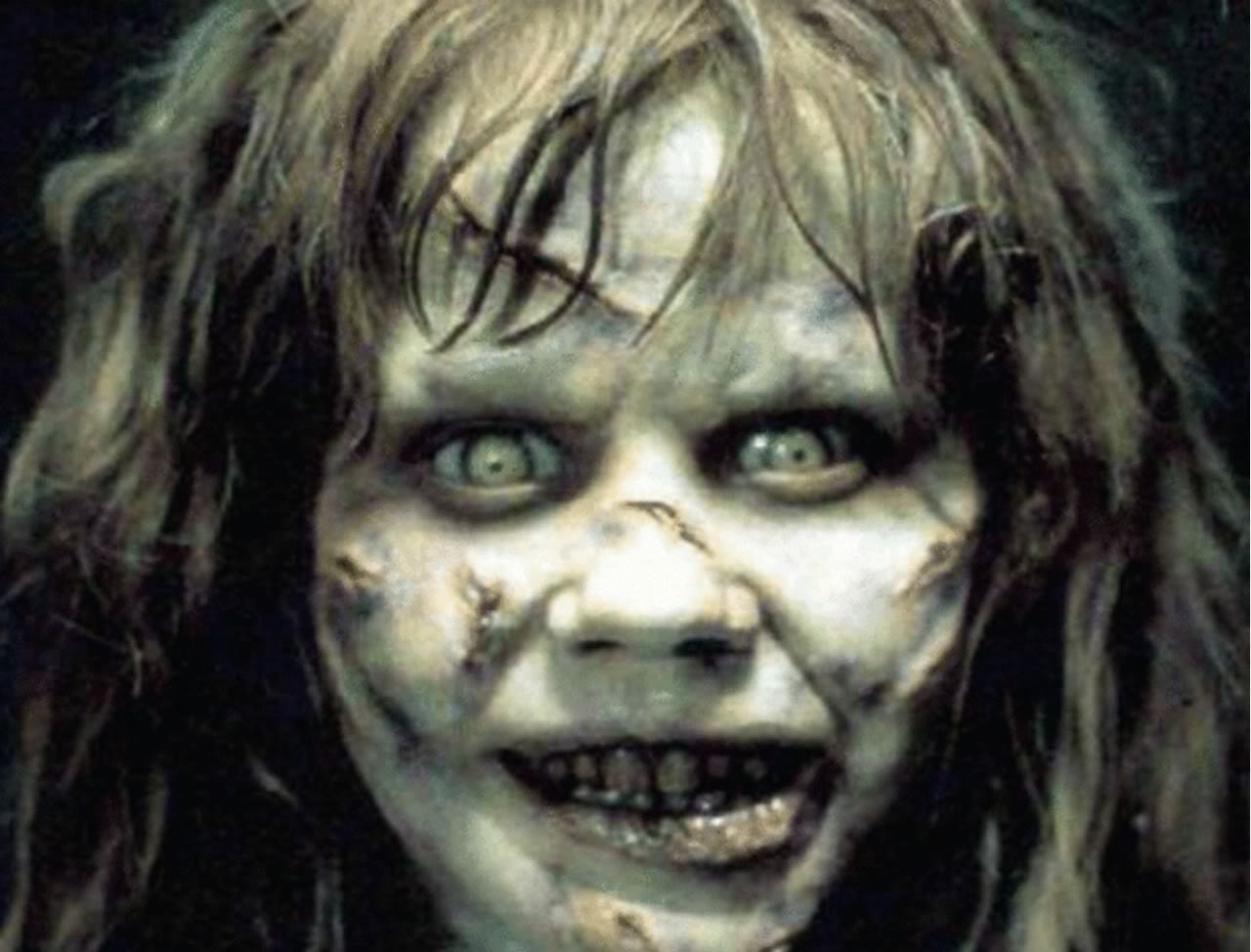 Round 2! Perhaps the first round of horror games we explored wasn’t terrifying enough for you? Well have no fear because we’ve got three more to sate your appetite for terror. Even ol’ Wilbur Whateley might think twice about playing these…

Tired of fighting the minions of Cthulhu and other Lovecraftian beasts and want something a little more dark and modern? Well The Esoterrorists, by Pelgrane Press (of Trail of Cthulhu fame), might be up your alley. In The Esoterrorists you play an agent trying to keep the supernatural under wraps. The more the world knows about the Boogeyman the easier it is for even more evil monsters to come through.

This game uses a system called GUMSHOE. We touched on it in the last article about Trail of Cthulhu. In the GUMSHOE system you get a dice pool which you can draw from to help solve mysteries and complete tasks. Where the game truly shines though is with its supplement, The Book of Unremitting Horror. This tome contains some of the most terrifying monsters ever to cross your players’ path. Don’t believe me? Take a look at a few pieces of artwork from the game. 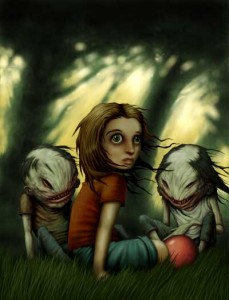 These adorable guys are called Kooks, and they steal children. The Esoterrorists is filled with things that sadly fill our daily news-cycles and delves into those dark places even us hardcore gamers seldom dare venture. This is not for kids. At all.

GM Tip #1: Music makes a difference. It’s almost impossible to be scared of some impending horror when you have ABBA’s Dancing Queen blasting in the background. Do your players right and get some decent background music. I always go for movie scores that fit the theme of the game I’m playing.

Recommended if you like: Transmetropolitan, Blade Runner, The Matrix. 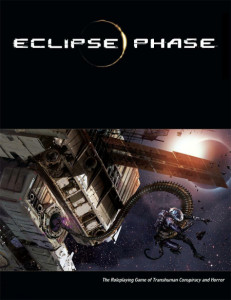 Traditionally, people think horror games are set in the past, in a dusty old house that you inherited from a long lost uncle on your mother’s side that happened to be an explorer. This couldn’t be further from the truth in Eclipse Phase, by Posthuman Studios. This game is set in the far off future where your mind can be backed up and uploaded to a new body. Death is just a disease in Eclipse Phase… a disease with a cure. Well that can’t be too scary, right? Imagine a world where you can receive a computer virus that can take over your mind and body. That’s just starter level stuff.

I played in one game where we were sent to bust up this gang’s hideout on an asteroid. Before leaving we backed up our Cortical Stacks (minds) and headed off into danger. With our half-cocked mentality we walked into a trap and were killed. We awoke two days later in new bodies with no memory of the mission or its results. Given that we had lost two days it must have been a failure. Upon awakening we find a package had been delivered to us. Curiously we opened it up. Inside, wrapped in a bloody rag, was the crew’s Cortical Stacks (our minds on a USB stick). “Great,” I thought as I set up to merge the data and regain the events of the last few days… big mistake. It turns out that the crime boss knew we were coming and had ambushed us. He kept us alive as he turned our legs into literal noodles. He then forced us to watch him eat the noodles. Yup! That was it for my guy’s sanity.

You too can have these are the types of games, dear reader! Eclipse Phase works great as a one shot or for longer campaigns. The only drawback I ran into was not knowing the universe. It’s very deep and very developed. Then again, if you have a thing about being able to play a space octopus then this is the right game for you.

GM Tip #2: Make sure your players are comfortable. If people are too hot/cold/or forced to sit on uncomfortable chairs they’re less likely to be drawn into the story. They’ll be too focused on the pebble in their shoe, and not the boulder coming down on them.

Recommended if you like: A Series of Unfortunate Events, Grimm’s Fairy Tales, and Digimon

Monsters & Other Childish Things, by Arc Dream Publishing, takes you back to the most terrifying time in your life – your childhood. Back to a time of bedtimes and babysitters except with a little twist. In Monsters & Other Childish Things you play as both a child and their monster. There are variations where you also play as someone else’s monster and another someone plays as yours. The gameplay breakdown is this: you use the child for investigation/problem solving and you use the monster for combat. Now the monster, while loyal, still has wants and needs that need to be fulfilled. If they are not satisfied your monster will leave you forever. And nothing is scarier than being left alone in this dark world of Lovecraftian horror where other monsters are lurking just in the shadows.

In essence this game is more of a horror-comedy. It becomes difficult to build dread in a player when they have a monster who has a +2 in Awesomeness. The game very much tries to recapture the feel and perspective of a child while still being scary. I recommend this if you have a group who is new to horror games and want to ease them in. Monsters & Other Childish Things works well for ones it’s but is much more fulfilling as a campaign.

GM Tip #3: Don’t be afraid to talk quietly and carry a big thump. This IS a show for Pete’s sake. You are the conduit of their fears and need to be as cinematic as the horrors you’re describing. A decent trick, that is used in a lot of movies, is the “whisper, thump, and run.” To build tension start talking softer and softer and as the player leans in to hear you better you slam your fists on the table. But you can’t stop there. As you now have their attention you need to start talking rapidly, whipping the group into a frenzy.

Example: (Whisper) “You move through the hallway with cautious steps, peering stealthily into each room of the long-abandoned house. You know the murder is here, but where? Your electric torch’s light falls on an old portrait at the end of the hallway, when all of a sudden… (Thump) THE DOOR IN FRONT OF YOU BURSTS OPEN AND THE AXE WIELDING MURDERER STEPS INTO YOUR PATH. (Run) You see his gaze fall on you and your friends. He rushes forward wailing and swinging his axe. End tables and lamps are knocked over as he charges. The lights flicker on and off throwing you into darkness for a half-second at a time. What do you do?”

That’s it for this installment in our horror game series. Be sure to come back next week for the third penultimate entry. I’m always looking to try something new to terrify my unsuspecting players. If you’ve run a horror game what are some of your favorite tricks (or treats) to engage your players? Tell us about it in the comments below.

Next
Digital RPG - Pool of Radiance