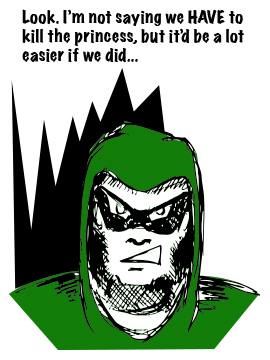 When is a thief not a thief? 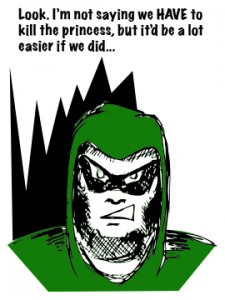 You enjoy the skills of the rogue, the lock picking, the stealth, the acrobatics and the overall dark and mysterious class that is the rogue, but you’re just not looking to be a thief or an assassin, and the group tends to think you can’t be trusted. Playing the thief has certain societal limitations for your adventuring party. By playing the thief, your stealing costs you moral high ground and because of that, party standing. Well fortunately, there’s a couple ways you can rethink the class and steal a little extra life out of playing a rogue.

Class-based characters start off fairly 2 dimensional. Generally a game system want to create an archetype that’s easy to comprehend as it functions in the rules. But as I love to say about rules, “I don’t break them, but I love to see how far they can bend”. 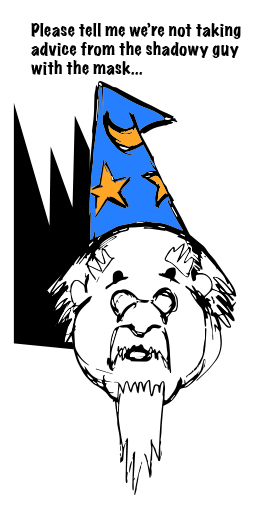 So when I look at the rogue, I not only see the thief and the assassin, I see the royal adviser & agent, I see the secret religious instrument, I see the investigator or the specialist in the Watch. This isn’t anything new really but it gets overlooked all the time. While most of the differences here are just a question of motivation, the results will drastically affect how you can play a rogue. Dom Zook came up with a cool take on the Rogue with a Dwarven Trap Finder. Something amazing happens when the rogue flexes more altruistic professional options. For instance, introducing a rogue as the official agent of the local royalty suddenly puts your rogue on the same moral footing as a knight… hell you’d probably outrank him. Or perhaps your rogue is a devout temple initiate that even clerics have to acknowledge is guided by the hand of their god. Why should cultists be the only ones to hide in the shadows?

Let’s try those out:

The King’s Agent – Still very Dex based but Charisma and Intelligence play a new role.  It’s less about Bluff and Disguise and more about Diplomacy and Sense Motive to help your liege in the royal court. Although at night, you may still be sneaking about or even required to do some breaking and entering As the King’s Agent, it’s more than likely your stealing a look at secret documents and liberating a coded letter from a nasty spy. Try to pick up as many languages as you can. It never hurts to be the only one in the room to know what’s being said in any tongue.

Temple Hand – Are you an assassin? Hardly. Though having a sneak attack is sometimes just a necessary part of explaining the finality of your god’s decisions. The priests pray but you make sure those prayers are answered. In order to avoid being construed as a religious fanatic, buff up on knowledge (religion) and sense motive. If someone is trying to bring the church under the heel of political pressure then sensing weaknesses and finding that embarrassing bit of leverage isn’t just an imperative… it’s your god’s will.

Let me steal just one more second of your time

The dictionary definition of a rogue is unfortunately “unprincipled and dishonest” but that mostly depends on who you work for. One man’s rogue is another man’s most trusted retainer. Flipping characters has more to do with trying to change the perspective on a class as opposed to rewriting them. No laws broken – no rules either. No jury would convict me.

Next
The Bake-sics of Player Etiquette