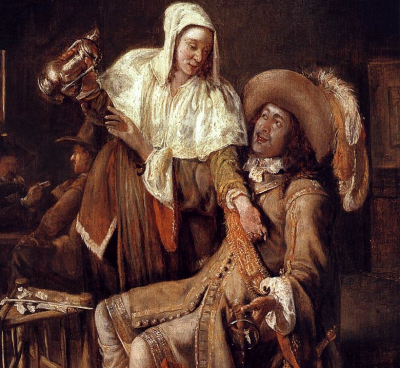 If it hasn’t become clear from previous articles, I look at successful role-playing games as successful stories. And three-dimensional non-player characters make a more exciting and rewarding story. That’s a better game for everyone. So how do you make an NPC interesting? Many are smallish encounters: the tavern keeper, the shop owner, and the friendly guard. It’s not necessary to flesh out these NPCs with a huge backstory. Your players may only meet them once or twice, but you can keep the pace of the game moving and still make NPCs memorable with just a few things in mind.

First, know ahead of time if the NPC is going to help or hinder the players. This is more plot device than personality and it keeps you from stumbling through an encounter. Introducing an NPC that doesn’t further the plot is pointless and creating dozens of detailed but useless NPCs will slow your game to a crawl. If you make an NPC, players think they need to interact with it – each and every one. So if it’s not relevant to the plot, move the encounter along quickly. Shopping for armor or buying weapons can be finished in a sentence or two if the shop has nothing else to offer the story. When players MEET an NPC, make it count.

Some examples of helping or hindering the party:

Now decide the climate you want for the encounter. Do you want to instill stress, fear, or paranoia? Do you want the scene to be funny, dark, or sad? A rule from writing stories is that actions work better than descriptions when setting the mood. If the party is interrogating someone who repeatedly looks over their shoulder and fidgets near their weapon, the mood will be tense. You may want the players completely at ease before you have them chased by an angry mob. An NPC might laugh, pat them on the shoulder and offer them a seat to relax their guard. Players will begin to react to these actions and further solidify the atmosphere. Over several encounters, you can make the setting of an entire gaming session paranoid, friendly, or combative with NPC actions.

Finally we want each NPC to be recognizably different. We’ve used NPCs for different effects and we want the players to remember who helped, who didn’t, and who knew it. Once again, Action (especially action that involves the players) is better for memory than dialogue. Describing an absent-minded professor as bumbling or clumsy doesn’t directly involve the players. But the whole group will remember him if he always manages to spill something on one of them: The professor distractedly hands you a flask “Here, hold this,” and begins looking through piles of notes for the map he had acquired. The flask starts to bubble and smoke and suddenly purple foam overflows. Your hand is now a royal shade of plum for 24 hours.

Some other interactions for players might include a street urchin they always have to chase down, a thief who somehow manages to steal some small thing from the party in every encounter, or a drunken bartender who offers/demands a character drink with each question. A shopkeeper may frequently have the item players want, but rather than make it expensive, demand money and a trade. The players get a new item but have to choose something to give up in the deal.

Once you’ve established these kinds of interactions, how the NPC appears or talks will begin to take its own shape. Personalities and visualization stems from interaction. With enough interaction, a well remembered NPC could start to wear disguises and still be recognized.

Next
Fighters - The Tabula Rasa Class