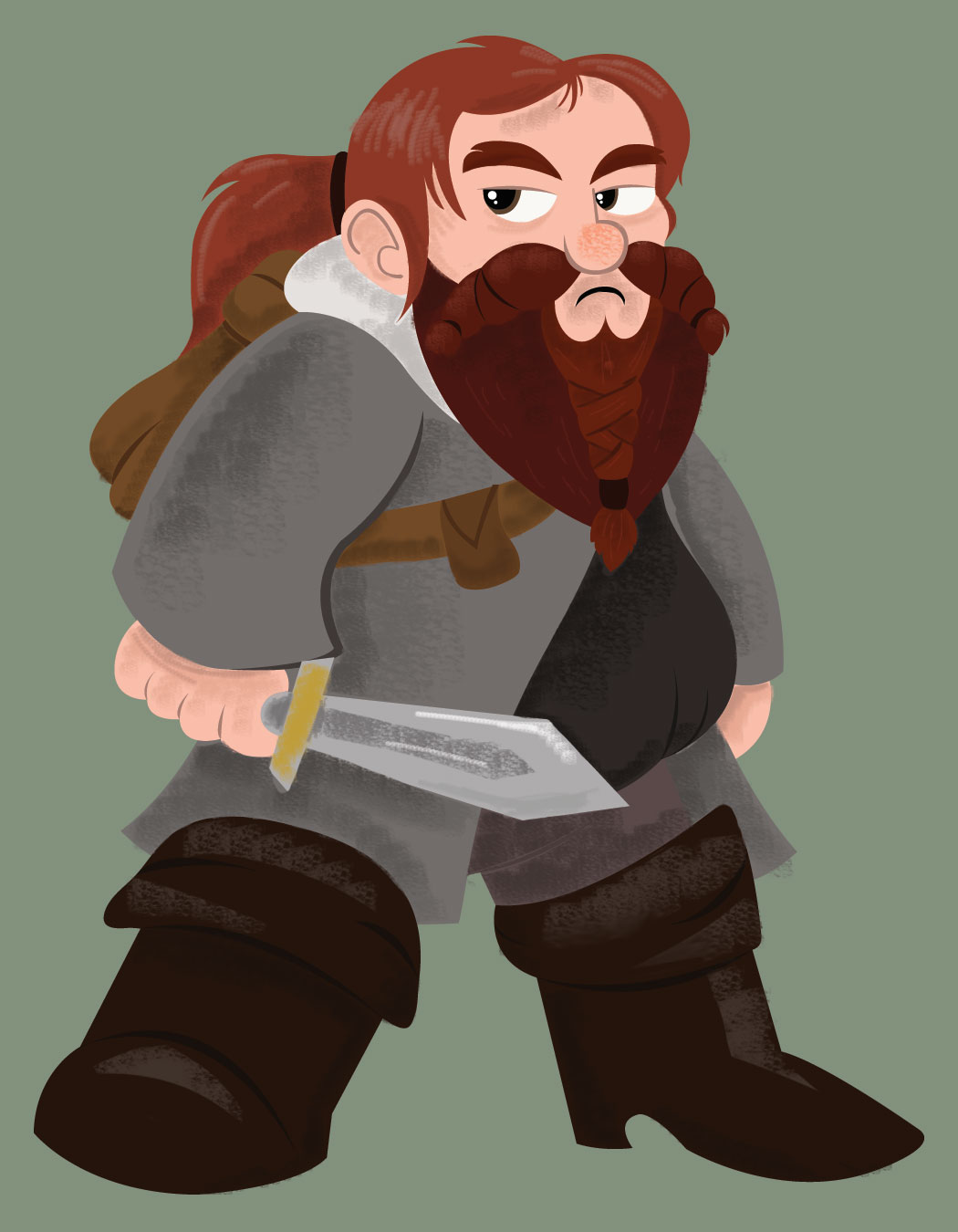 Hello everyone! It’s time for another thrilling edition of The Character Workshop, the series where we detail some of our favorite builds and give you ideas for your own characters! In the last episode we discussed the Archaeologist specialization in Star Wars: Edge of the Empire and before that the Tetori Monk as world-class wrestler! In this installment I’m going to talk about one of my favorite characters – the Dwarven Rogue Trapfinder using Pathfinder!

A little backstory on my dwarf character, Riev. He’s a Royal Trapfinder which means he’s like a one-man United Nations team sniffing out and disarming hidden landmines and other such devices to keep people safe. Trained by the Royal Trapfinders’ Guild (as well as various honest-to-goodness thieves) he’s been sent by his brother the king to assist in the detection and removal of dangerous traps and devices around the kingdom. But his adventurous spirit and desire to do good will has brought him far afield.

Now Rogues are typically the party’s skill-monkey and master of skullduggery. They’re dextrous little damage-dealers, hiding in the shadows and keeping the party from stepping on any potential doozies. Dwarves are not quite the nimble epitome of the class, but hear me out!

Dwarves are, by far, my favorite race to play in any Dungeons & Dragons or Pathfinder campaign. You get a solid starting package with boosts to Constitution and Wisdom. You also have some natural abilities which can create a potent dungeoneering thief.

The best racial trait for Dwarves choosing the Rogue class is the Stonecunning ability (page 21 Core Rulebook). This gives a +2 to Perception checks to notice things like traps in stonework. While it doesn’t help much for wood or other non-stone creations, it’s a bonus no other race has and it can help the Dwarf stand out. A Dwarf’s other traits can help when dealing with traps on their own as well. Having the ability to withstand poisons and see in the dark are good all-around abilities.

The one drawback to choosing a dwarf as your base for a Rogue is that Charisma becomes a dump stat. It makes perfect sense when you consider many thieves are outcasts. And this build is not just a skill-monkey, he’s a dedicated and specific skill-monkey. Many hours of practice have made him shy and hesitant with interpersonal interactions. This may put a damper on some tried and true Rogue skills like Disguise, Bluff, and Use Magic Device – but this build is no traditional thief.

Place points in DEX, CON, and INT. DEX is the primary attribute for the Rogue class, and it is the attribute used in the Disable Device (page 94 CR) skill check which is going to be the primary skill for this build. Yes, the Dwarf already gets a bonus to his CON, but having more can’t hurt. Especially since you’ll likely be springing dangerous traps a lot and you’ll want to be able to take the hit without going down. Lastly, I suggest INT to give you more skill ranks to play with. After all you will be the skill-monkey for your party!

You can choose whichever skills you desire for your Dwarven Rogue Trapfinder so long as you dump as many ranks as you can afford into Disable Device. I picked Escape Artist (among others) for good ol’ Riev. He’s been around the block enough it makes sense he’d know how to get out of a trap in addition to disabling one! Knowledge (Dungeoneering) (page 99-101 CR) is another good skill, as is Appraise (page 90 CR) – which as a dwarf you’d get a bonus to naturally when dealing with gems.

Now at 1st level you automatically get Trapfinding, which gives a bonus of 1/2 your level to finding and disabling traps. At 2nd level pick up Quick Disable as a Rogue talent to assist in your trap-breaking. And at 3rd level you’ll get Trap Sense for free which further boosts your trap-finding ability. These skills are outlined in the Rogue class section starting on page 67 of the Core Rulebook.

Deft Hands (page 121 CR) is a must-have feat at first level for this build. This gives yet another boost to your Disable Device skill. The added benefit to this feat choice is a boost to your Sleight of Hand skill, which is a utilitarian skill you’ll be using a lot. Perhaps the only one I’d consider aside from this would be Skill Focus (page 134 CR). While you get a bigger boost to this (+3 vs. +2 for Deft Hands), it only applies to one skill at a time. Weapon Finesse (page 136 CR) is another common Rogue skill that allows you to use your DEX bonus instead of your STR bonus for any light weapon attack. This can be huge since you likely have a much larger modifier pool in DEX.

For equipment I have only a few words of advice, because here is where you can greatly customize your Trapfinder. I prefer to go with leather or lighter armor, so as not to incur any DEX penalties. You need as much of your DEX modifiers as possible when making your skill checks. And your extra CON should help absorb some damage. Sure, it’s nice to have a bit more protection up front but keep it minimal. You’re a Rogue, not a tank.

Gear-wise you naturally will need Thieves’ Tools (page 161 CR). You need this to perform your Disable Device skill appropriately. Don’t leave home without them. These are more important than heavier armor or a sharper blade. These are your bread and butter. Spend as much as you can on a nice set. If you can somehow afford the Masterwork set, by all means. Although the meager bonus does not really line up with the exorbitant price, having a Masterwork set of tools tells other thieves (and potential employers) that you mean business.

From there you can pick up things that could help you not only break traps, but set them as well. Rope, wax, oil, etc. These are relatively cheap, light, and serve multiple purposes.

With this build your dwarf will be a master of traps and is functionally the MacGyver of the party. You can finesse the rest of the build to taste – perhaps they are a survivalist and grew up setting traps for game out in the wilderness. Or maybe they spent so much time breaking out of prisons for sport that they learned a thing or two about the devices meant to capture them. It’s all up to you how you build your story and background.

Hope you enjoyed this breakdown of one of my favorite builds! Let us know in the comments about some of your favorite Rogue abilities. What did I miss? What builds would you like to see us focus on in the future?

builddwarfdwarvenpathfinderroguetheifthiefthievestrapfindertraps
Previous
Character Workshop: It's Not NOT Indiana Jones

Next
The Kickstarter Campaign Begins!