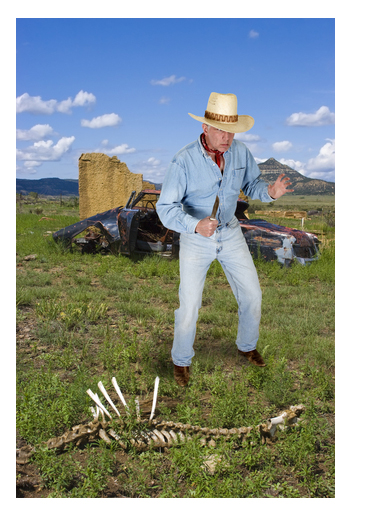 The Character Sheet – Don’t Leave Home Without It

The GM sits behind dozens of books and weeks of research and preparation. A map, painstakingly drawn lies on the table between you. Everyone is looking at you. The party has been attempting to deceive the local town guard about your intentions in this ill fated village. You’ve been asked by the GM to roll your bluff and you’re just staring back all glassy eyed because you can see it in your mind. Your character sheet is sitting on the table by the door at home and you have no idea what your bluff skill is without it.

You had one job, player. While GMs often create entire worlds out of whole cloth filled with monsters and non-player characters to carry the story with the players, players only have to arrive with imagination and their character sheet. You don’t even need your own dice in most cases. GMs are notorious die collectors… it’s like a bad drug habit or particular pornography kink. I’m saying they collect polyhedrons way beyond what would be considered a hobby or even socially acceptable. But I digress. We were talking about you and how you left behind the only physical thing required of a player. I admit it’s rare. I mean it should be, right? It’s usually only one sheet of paper – maybe two. Point being that the game has now completely ground to a halt because while you may be the most trusting player to ever roll dice, without those necessary stats and skills in front of you, we aren’t just going to take it on faith what roll you need to get, or what your defense is, or whether you remembered to write down how much money you have. To put it bluntly – no character sheet – no game.

“Why is that?” you ask with the innocence of one who has never derailed a night’s entertainment with your friends before. Let’s get down to brass tacks then. The character sheet is the representation in numbers or percents or points of what your character can do… and unless she’s REALLY nice, the GM isn’t required or even likely to have copies. You may know that your character is a dark and brooding assassin who blends into shadows like smoke. Your character sheet is going to tell the GM just how well that works… the whole disappear-smoke-shadow-thing. It’s usually made up of a few general sections arranged to make it easy for you as a player to find skills, attributes, or weapons and roll for difficult tasks. Those sections in the simplest terms are your Stats, your Skills and your Possessions.

Attributes are the foundation of your character. Sometimes called Stats, or Characteristics, or whatever a game designer thinks is cool, these few point totals are based on things like your physical strength, your speed or dexterity, and your intelligence or wisdom. They are who you are before you add a personality and they are used as a base score for the creation of nearly everything else. They will not be perfect. Perfect is boring. You may be amazing in one area and incredibly weak in another. Or you may be balanced but nothing really special yet. This is on purpose. Stop complaining. These foundations are important in shaping your character but don’t make the mistake of having them BE your character. Just like the real you, your character will be more exciting and amazing by what he does with the hand he was dealt and not by how powerful that hand is.

Most games will have some sort of skill section. It maybe be broad or a definitive list of 30 plus common skills. Usually anything not on a skill list will fall back to the relevant Attribute and most skill rolls are a combination of an Attribute and a Skill. The reasoning is that your Attributes may have made something seem natural but Skills are how much you chose to further develop that talent. So Dexterity might be how nimble you are but Acrobatics is a dedicated choice to be even better in a particular area of ‘being nimble’.

What’s yours is yours – if you can prove it

Your possessions are how you, as a player, keep track of what you, as a character, own. That might be armor and weapons or gold and silver. Maybe it’s your book of spells or that really weird glowing necklace the creepy old guy gave you in the graveyard. Write it down. Some GMs are more strict than others but the general rule of thumb is: If it’s not on your character sheet, you don’t have it with you… or maybe at all.

A hierarchy of priority in gaming organizes most character sheets. Your base stats remain front and center because they form the root of many actions. Your skills or abilities are often located somewhere on the sheet with enough room to list off dozens of potential choices in training. Fighting or Combat Skills might be put somewhere singular and prominent on a character sheet. So many games out there know that the most obvious conflict is physical conflict so most will come to blows sooner than later. Things like your ability to dodge a sword or shoot a gun are particularly easy to find on a well made character sheet. Now depending on the game, there might be more to your character sheet like Wizards and spells, Vampires with unholy disciplines, or Superheroes with special powers, but you get the idea.

So there you have it. Your one thing. The character distilled into a single sheet of numbers or percentiles. But without it, you can only say what you want your character to do and not whether you can actually do it. Things like your experience over a campaign or level of power will decide the outcome of actions. The GM has all the rules and stats for everything else but only the character sheet can begin to tell everyone how it all turns out. Oh and that horror story about leaving it at home. Yep. I’ve totally done that. Maybe you have a similar tale of woe. But I bet you only did that once. Right?

character sheet
Previous
The Results Are In - Shadowrun for S2