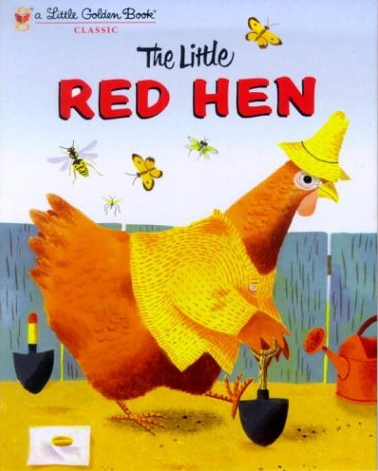 The Bake-sics of Player Etiquette

When the Little Red Hen baked the bread, nobody wanted to help. When the Little Red Hen ate the bread, everyone wanted a slice. Fortunately, she didn’t share with those lazy good-for-nothings, teaching them a valuable lesson about hard work. The same lesson here applies to role-playing games: everyone needs to participate if they want to eat the bread. Back in 2014, Jacqui wrote about respecting the host. I’m one-upping her here: respecting the host is not enough. As the GM has obligations to the players, the players have obligations to the GM. Respect is a good starting point, but there are duties that the players must shoulder.

There’s a lot of work that goes into an RPG session, and most of the responsibility falls on the GM’s shoulders. He plans the game, mapping out dungeons and caverns and cities and plots of land that he must then stock with NPCs and monsters. The GM is further tasked with memorizing the rules, recalling them at a moment’s notice, and adjudicating them fairly. In addition, he’s tracking everything that exists in the game and referencing notes and engaging the players and doing voices for his NPCs. Plus, if you’re like me, you’re probably hosting the game as GM, and that means stocking up on soda and pizza, scrubbing the floors, and conjuring demonic entities. Uh, scratch that last one.

Given all the work that goes into “baking the bread,” players have an obligation to aid the GM. Part of that is preparation, part of it is playing, and part of it is just good manners.

Follow proper snack and booze etiquette. We all work hard for our money. Personally, I spend most days pretending to work hard, which is in itself a lot of hard work. That means your GM is earning the money he spends on snacks, day in and day out. That means you need to make his life a little easier. Bring a snack to share, pack some drinks, or chip in a few bucks. If you’re low on cash, volunteer your assistance in other ways — maybe drive to the store to pick stuff up while the GM is setting up for the evening’s activities.

The other part of this is boozing responsibly. One of the perks of being a Grown-Up Gamer is legal alcohol.  As someone who regularly plays with drinks at the table, I can’t overstate the benefits of mild alcohol consumption. Booze serves as a social lubricant. It loosens inhibitions and helps people get into character. Without alcohol, you’ve got a group of shy nerds. Add a few drinks, and everyone turns into a theater major with a penchant for speaking Middle English in a bad French accent. Just make sure that everyone is having a drink (or three), not seventeen. Reckless alcohol consumption can put a damper on everyone’s evening. If you’re too drunk to drive, you’re probably too drunk to game, so keep it under control.

Once upon a time, I played in a Pathfinder game with a cleric.  When the GM asked what his spell DCs were, the cleric peevishly snapped, “How should I know?” Inappropes. If the rules are convoluted, ask for help, but it’s your responsibility to speak up. The intricacies of the rules are the GM’s purview, but you are responsible for baseline competency. It’s like owning a car. Even if you’re not a mechanic, you should know how to fill up the tank and check the fluids.

Zip it unless you’re holding the conch. Chances are that your game won’t resemble this:

Engage the GM. It’s disheartening when the GM has to lead the players by the nose. As a player, you should be an active participant in the game. Some folks want to sit back and let the GM do the heavy lifting. That sucks the energy right out of the game. Be proactive. Explore. Push forward. Give your character goals and pursue them. If the GM keeps asking, “What are you guys doing?”, and your answer is, “Uhhhh…”, you’re not fully engaging with the game. It’s not the GM’s job to spoonfeed plot tidbits into your mouth. Seek out adventure.

Players usually think in terms of the GM offering plot hooks. Turn this on its head. As a player, offer the GM plot hooks — ways that he can twist the game and introduce complications. Sometimes playing your character means making sub-optimal choices. Whether it’s a greedy rogue grabbing the treasure he knows is going to cause the dungeon to collapse or the boorish fighter insulting the queen, deliberately introducing complications into the game is a part of good roleplaying.

With those four tips in mind, drop us a line (or a comment) on your personal player etiquette tips!

Next
Tabletop in the Classroom - How I used RPGs to Teach