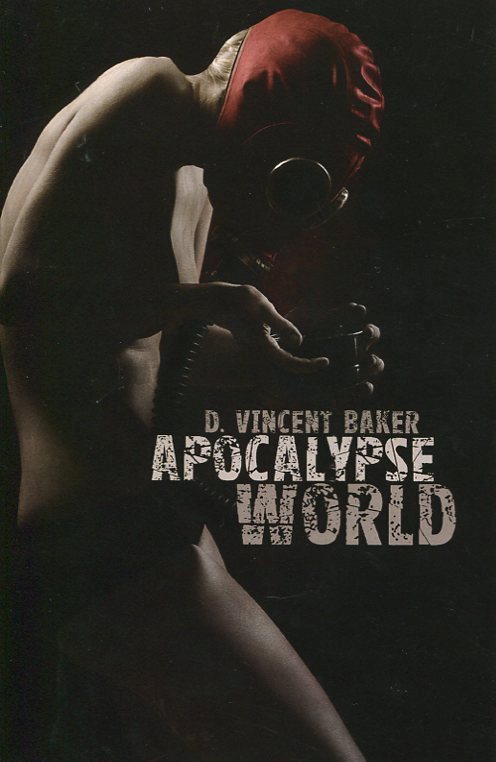 Here I was, hemming and hawing over whether to write a post about Apocalypse World, and now Vincent Baker starts up a Patreon to fund Apocalypse World 2e. With Mad Max: Fury Road on the horizon, I knew this was a sign that I needed to write an article extolling the virtues of the apocalypse.

Who Is Vincent Baker?
Vincent Baker is a strange duck. He’s the author of a variety of indie games, including Poison’d, Dogs in the Vineyard, and kill puppies for satan. These games are very different from your traditional RPG. Poison’d was a game about pirates, and it didn’t much interest me. Dogs in the Vineyard was a strange game about Mormon paladin investigators that emphasized interpersonal conflict, and kill puppies for satan was… well, it was what it said on the tin, and, frankly, such a game tarnishes the credentials of its author. Due to this, I had initially dismissed Baker as a weirdo and categorized his games as junk. 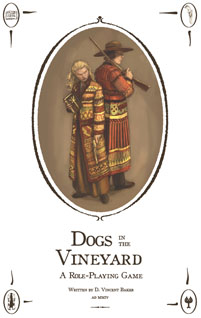 At least until Apocalypse World.

I consider Apocalypse World to be Baker’s magnum opus, though that may be a bit premature because he’s still alive. As the game title suggests, the setting is a post-apocalyptic wasteland. Characters are defined by archetypes, which are kind of like D&D’s classes, but different: they define name, starting equipment, their role within the world, and their relationship to the other players. The chopper, for instance, leads a biker gang, the hocus has a cult at his disposal, and the skinner tells one player that she’s in love with him.

Make Your Move
It gets stranger, though. The system is a rules-light game with a simple mechanic: roll 2d6 and add your relevant ability score, then see what happens. Results are divided up into three tiers: a roll of 10 or more is your best option, a roll of 7-9 is success with qualifications, and a 6 or less is a critical failure.

Apocalypse World diverges considerably from the traditional RPG model in this mode of action resolution. First of all, most RPGs have a character declare an action and then resolve it. Apocalypse World says “no” to this. The “actions” are defined by moves, which only come in to play when they are triggered by character actions. If you want to kill someone, you have to say how you’re killing him. To trigger the move, you have to say, “I line him up in my crosshairs and pull the trigger.” At that point, you roll the dice.

Moreover, many of the moves are “player-facing”; that is, they give the players control over what happens. For instance, the Seize By Force move comes into play when you want to violently take something from someone else—maybe that last can of sardines, or the bottle of Dasani he’s jealously guarding.

When you try to seize something by force, or to secure your hold on something, roll+hard. On a hit, choose options. On a 10+, choose 3. On a 7–9, choose 2:
• you take definite hold of it
• you suffer little harm
• you inflict terrible harm
• you impress, dismay or frighten your enemy

I won’t get into the nitty-gritty of how these things work within the game, but you can see that the player has considerable control over how the situation plays out. Likewise, the GM (referred to in the rules as the Master of Ceremonies, or MC) has his options limited by the rules:

When you do something under fire, or dig in to endure fire, roll+cool. On a 10+, you do it. On a 7–9, you flinch, hesitate, or stall: the MC can offer you a worse outcome, a hard bargain, or an ugly choice.

And if a player ever rolls a 6 or less, the MC gets to make a “hard move,” which is a preselected list of bad stuff. It includes capturing players, separating the group, inflicting harm, and generally making their lives harder. In this way, power is distributed more evenly between players and GM, something that you may or may not like.

Because it’s a simplistic game, Apocalypse World has been popularized into various “hacks,” which are essentially spin-offs and reskins of the game. These include Dungeon World, which is like Apocalypse World with more fantasy and less apocalyptic death and suffering. Baker was quite open to this, and he himself was working on Apocalypse World: Dark Ages, a dark fantasy hack of Apocalypse World. There were issues designing the game, and although I am not privy to the exact details, the word on Reddit is that the designers “weren’t really happy with how some of the core mechanics were working out,” so the project was put on hold.

The reason I’m excited about Apocalypse World 2e is that there were a few rough edges in the original that could use some smoothing out. I’m eagerly waiting to see Vincent Baker apply some of the knowledge and experience from Apocalypse World: Dark Ages to the redesign and refinement of the original. I’m always excited for rules updates to old systems, though there’s the risk that radical changes to the game will turn it into something unappealing. However, Baker’s clear vision for Apocalypse World and his creative control assures me that Apocalypse World 2e will remain the same old apocalyptic deathworld of Fallout and Mad Max.

Have you played Apocalypse World? Want to let us know your thoughts? Post in the comments below!