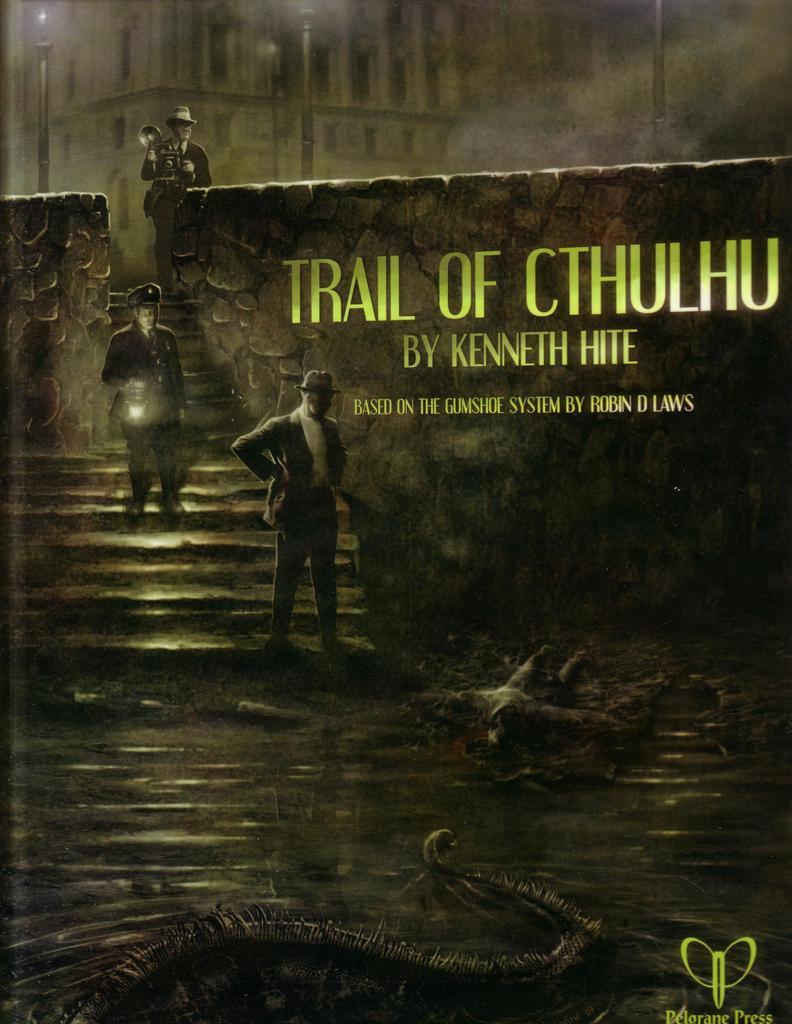 A Guide to Horror Games, Part 1

It’s October and that means it’s officially time for candy, costumes, and all sorts of unspeakable eldritch horrors to grace your gaming table. Horror games are by far the hardest game to get right. Anyone can do high fantasy and action, but horror is a different beast entirely. Today I’m going to give you Part One in a run down of some great horror-based game systems as well as some tips on running and playing in a good horror game. If you’re a fan of the season, or scary movies, or just being scared sockless there’s sure to be something in this guide for you!

Ravenloft
For the Dungeons & Dragons inclined I would recommend Ravenloft. There are several truly horrific campaigns that already exist for D&D, but Ravenloft takes the cake. The Ravenloft universe exists on something called the Demiplane of Dread. Fun, right? These planes consist of collections of land called domains brought together by a mysterious force known only as “The Dark Powers”. Each domain is mystically ruled by a being called a “Darklord”. Each Darklord out classes the players dramatically.

Now if your characters are used to normally beating an enemy to a bloody pulp and stealing his treasure, then they are in for a treat. Try that in Ravenloft and you’ll get stomped.  The books outline ways of taking the horror that is present and interpreting it into game mechanics. The only downside to Ravenloft is that it’s meant more as a campaign rather than a one shot. Granted, a one shot can be done with the setting, but its most effective as a campaign.

GM Tip #1: When running a horror game you have to establish what’s called a “Social Contract” with your players. The contract is an agreement that they want to be scared and you want to scare them. This means the jokes and Monty Python quotes must be kept to a minimum. In addition the players need to take on the game with some level of seriousness. It’s practically impossible to build dread and terror when someone is making fart noises. In return you, the GM/DM/Keeper, promise to run a game to the best of your abilities and not put out any hacky material.

Dread, by The Impossible Dream, is by far the most terrifying game system I’ve ever played. The big thing to get used to is that there are NO DICE. The entire game centers around a Jenga or Stacking Blocks tower. When you have to make a skill check you need to pull out a block from the tower and stack it on top. The game starts out fairly easy but as you go on it gets more and more tense as the tower teeters. When someone knocks the tower over they have essentially sealed their fate. That character will die at some point in the game. The GM will decide when and where that will happen. Dread is great for one shots and people not used to role playing. The inherent fear built into the Stacking Block tower is practically palpable at points in the game and must own for a horror game night.

GM Tip #2: Remember horror does not necessarily equal gallons of blood. One shadow, one sound, the disappearance of something/someone may be more disturbing than guts smeared all over the walls.

Now I know what you’re thinking and no, I do not mean Call of Cthulhu. While Call of Cthulhu, by Chaosium, is a great game and one I look forward to talking about in the next installment of this series, right now I’m focusing on Trail of Cthulhu by Kenneth Hite and published by Pelgrane Press. Very few systems get investigation and horror right. Too many times a player’s poor roll prevents them from finding vital clues leaving the investigation trail cold. In Trail of Cthulhu that’s never an issue. At a base level you will find all the crucial clues to move the story along but for the more in-depth info you need to spend ‘points’ from your dice pool. Sometimes the clues given help define relationships between NPCs and provide a deeper backstory. Other times it’s mind rending terror that your character has finally comprehended.

Trail of Cthulhu’s versatility allows it to work just as well for one shots or for long campaigns. The horror scales for the players, so the strain your investigators take on during a case isn’t enough to leave them completely useless in subsequent missions. Yes, they can see something that turns them bonkers… but it’s hard to completely incapacitate them. This system splits your mental toughness into two parts, Stability and Sanity. Stability is your mental health in the current session whereas your Sanity is your overall health for the campaign. It’s a great game and one worth picking up if you’re a horror and investigation fan.

GM Tip #3: Always give your players a way out. By giving players a way out it forces them to take responsibility for their actions. If the players have the option to eject at any point they’re more likely to look down the scary hallway or read the forbidden book, or play with the mysterious puzzle box. They’ll always think, “I can go back if it’s too scary.” Of course by then it’s too late and an unnameable horror is unleashed and it’s after them! Make it their choice. 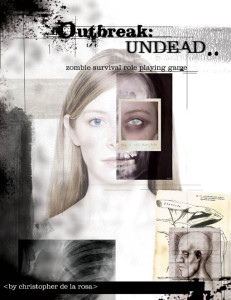 If you’re a die-hard zombie fan you’ve likely questioned just how well you’d do when surrounded by the undead. Have you tested your zombie survival plan? No? Outbreak: Undead lets you do this. You can customize your outbreak scenario to how you think a real zombie outbreak might play out. Are the zombies fast or slow? Can the zombies use weapons or are they Romero-like shamblers? Test your plan against any (or all) of these types of zombies and see how well you’d fare.

Outbreak: Undead takes into account all the aspects you might be looking for in a survival horror RPG. Things like food, repairs, time, empathy, and infection all come into play. Outbreak: Undead is a very “season to taste” game. You could run it as a fast paced “Left 4 Dead” style game with special infected-type zombies or you can do a slow-paced character driven “Walking Dead” style game. The tools are there making this system a switch hitter for both one shots and full campaigns.

GM Tip #4: Give the players hope. The greater the hope, the greater the eventual terror. You can’t cause fear when the players feel hopeless against the evil force. They need to believe there is something worth fighting for. Something like, “just make it till morning and the creatures will subside” or “simply destroy the creature’s amulet and he’ll cease to be.” In most of these types of games, the player characters will be powerless against the main baddie but it should still have a fatal flaw or chink in its armor. This way there is at least some small sliver of hope that the players can win. Now it may be next to impossible to expose that sliver, but giving your player’s the knowledge gives them the hope that they can win. Otherwise it’s just no fun.

I hope you found this guide to horror games fun and perhaps a little enlightening. Have you played any of these? Do you have a particularly frightening session you took part in? I’m interested to hear your experiences! And be sure to stay tuned next week for Part II in this series where I’ll cover the grandaddy, Call of Cthulhu, and many more!

Next
How We Roll - New Reaper Minis Kickstarter Over $1m